Thanx Kok Sheng for inviting me for this intertidal trip. Just recovered from a high fever in which I had to postpone the diving lessons, hai. Sorry Diana for that too. 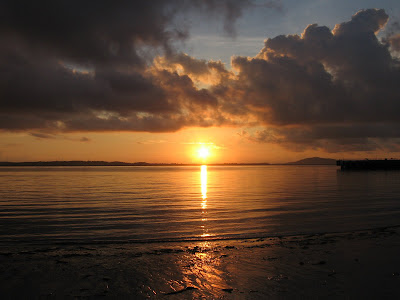 We reached just in time to see the sunrise. Magnificent view. 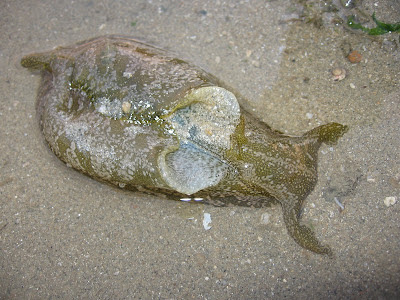 One of the first things we saw was this sea hare. I almost didnt notice it as the entire body was buried in the sand but its 2 wavy sails betrayed its position. Sea hares are hermaphrodites, that means they are both male and female. The name itself comes from Greek mythology, with Hermes (the guy god), the son of zeus and Aphrodite, daughter of zeus too, as well as goddess of love and beauty. 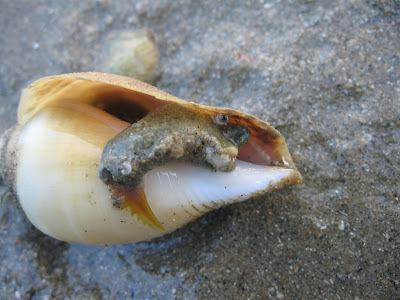 Finally we had the chance to see some live gong gong, not just empty shells. Gong Gong, like all couches have long eye stalks and a sickle shaped operculum to leap themselves forward. 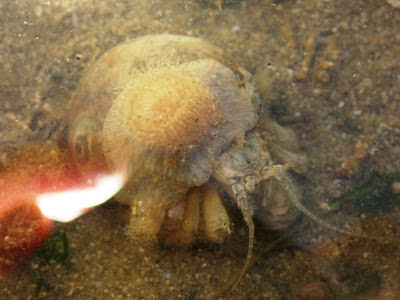 We saw quite a few of these hermit crabs with tiny sea anemones attached on top of their makeshift homes. These anemones will serve as an effective deterent to any hermit crab predator. 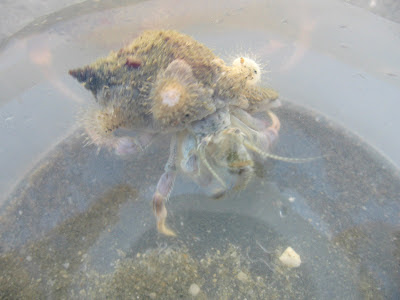 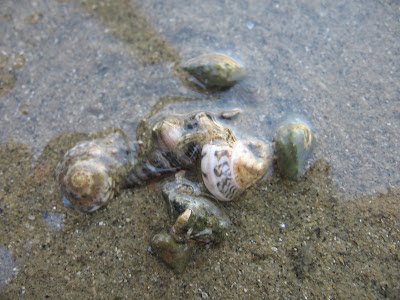 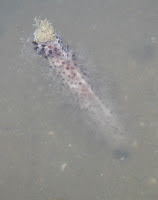 We also saw a few sea pens here. They are closely related to corals and anemones too, similarly armed with stinging cells. 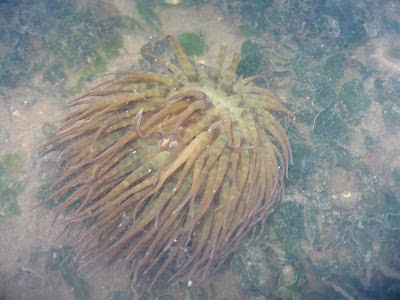 My first time seeing this beautiful sea anemone. One can differentiate it from a soft coral by identifying its central oral mouth. Corals have one "mouth" for each tentacle (polyp) instead. 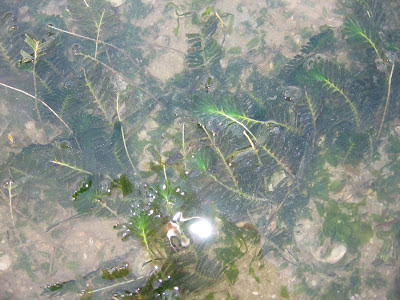 A healthy colony of Halophila spinulosa. 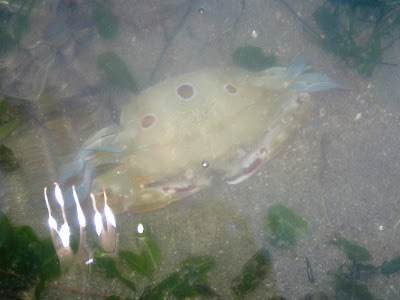 A crabby world changi beach is. Everywhere we go, we could see crabs scurrying about. Can anyone ID this one above? 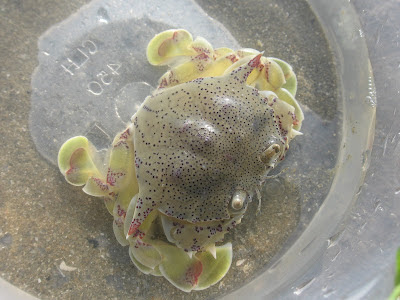 An intricately designed moon crab, found by the eagle eye koksheng. All its 8 legs are paddle shaped thus it can burrow itself into the sand with amazing speed. 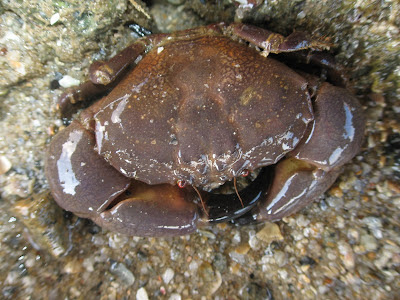 Not very sure but think this is a thunder crab. They are extremely aggressive so dont try touching them! We found 3 within 5 minutes while balancing ourselves over the rocky pathway along the jetty.

A male brown-throated sunbird
We were pretty worn out and dehydrated after reaching changi point, and I got a small cut on my finger from the barnacles on the rocks. Somehow I kept thinking about the news of the flesh eating bacteria the man got from being cut by a crab and it gave me the shivers. Thats why half of my water went to cleaning the wound instead of down my throat...

Watch out for kok sheng's account in his new nature blog.
Labels: Changi

Wow! What great finds! So glad to know the shore is doing well. Thanks for sharing it. And so soon after the trip too!

Sorry to hear about the barnacle cuts. I'm sure you will be OK :-)

Opps, actually the diving trip was postponed to this weekend :)

Thanks for always providing such encouragement!

Very heartening to see the free-living anemone again. Have not seen them since the flood :)