Fun with biodiversity during army

Some will know that I just came back from a 3 weeks in camp training in army. My camp is situated in the middle of the Western Catchment, far from civilisation and I have a fair share of surprises with the plants and animals that pop out whenever I am in.

The best time was when a pangolin sneaked into our camp 2 years ago and walked around our vehicle shed with me and my other university mate chasing after it. A pity no camera equipment are allowed in camp. Anyway, here are some other interesting events that occurred during my past weeks.

I was assisting my boss in the air-conditioned planning room when my friend came to tell him that there was a snake in the room. I was so excited and hoped that it was at least a python or cobra but it turned out to be a small little Paradise Tree Snake that crawled into the room from an opening vent from the floor. Had to tell everyone that this was a harmless fellow and removed it from the room using a broom. Outside, it seemed pretty happy staying motionless and basked under the sun. 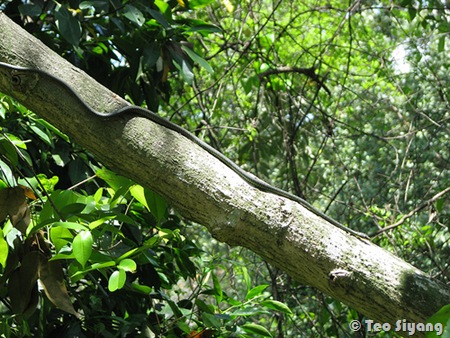 The second incident was when I had some bowel movements and went into a toilet cubicle. There, I jumped up in fright when I saw a huge Altas Moth sitting contentedly on the toilet bowl. While I am not really that scared of the moth (since I still dared to hold one on my finger last time), its size and reputation of being the largest moth in the world is still quite intimidating. Worse still, imagine if I sat on it without thinking! Shivers… 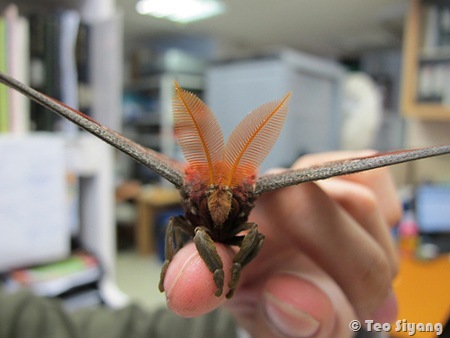 During my outfield training, I stepped on an unknown snake (I think) which slithered away (luckily) when I was peeing in the wee hours. Funny that my friends came bashing through from the other side through the wet patch after I'm done.

I was also surprised that there were a fair number of plants in this poor quality forest that I did not recognised when I reluctantly got off the vehicle for a dismounted mission.

It was also interesting how small little creatures can generated a hive of discussion. Like how a tiny praying mantis flew into the vehicle and everyone wanted it out but nobody dared to touch it. Or a little spider hiding inside the tonner that made them uncomfortable living inside there for the next few days. One even tried to smash it using rolled newspaper but missed (phew…).

Seems like I picked up some basic survival skills in the jungle of at least knowing what animals are harmless. Ha~

Two checklists were recently published by the Raffles Museum of Biodiversity Research. You may click on the pictures to download the online books. 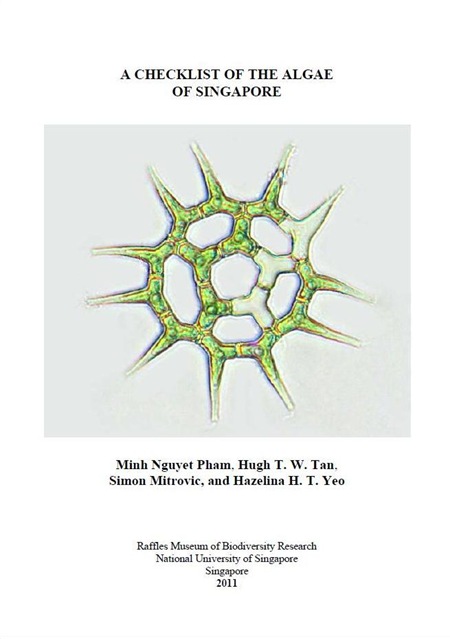 The first is a list of all known algae species in Singapore, titled ‘A Checklist of the Algae of Singapore’, written by Pham Nguyet Minh et al, [2.00 MB]. Congrats Minh! 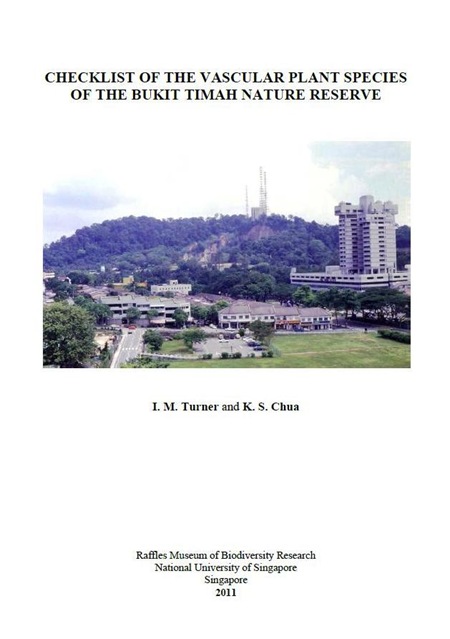 The second is the ‘Checklist of the Vascular Plant Species of the Bukit Timah Nature Reserve’, which is written by I. M. Tuner and K. S Chua [781 KB].

Had a day off from army today (3 weeks of reservist!) so I grabbed my camera and took a bus to this narrow stretch of Ixora shrub where I saw a number of butterflies in Punggol previously and spent about half an hour photographing these beauties. 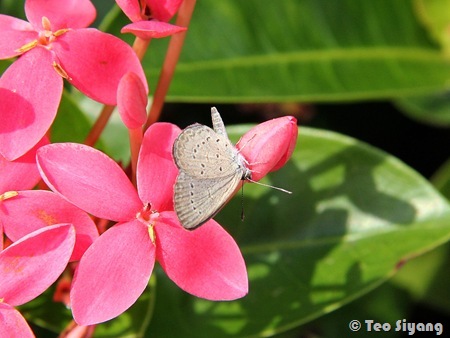 After prowling through Khew’s recent book on our Singapore butterflies, I guess that this is a Lesser Grass Blue. Quite a lot of them were darting from flower to flower and is the most common here. 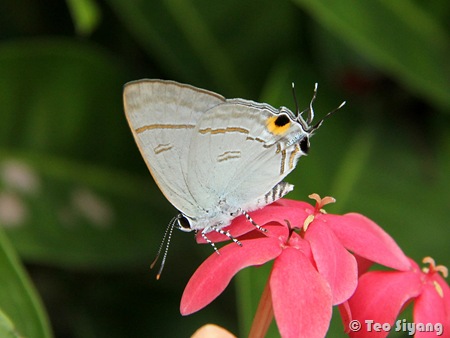 Common Tit. I was quite fascinated with the fake ‘tails’ as they can move actively. A pretty butterfly though it is supposed to be very common too. 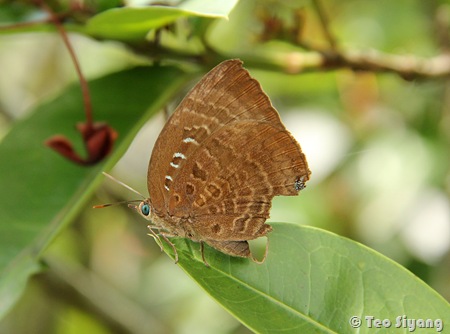 Something new for me; a Centuar Oakblue. A pity that its wings were torn but its green eyes is enough to wow me. 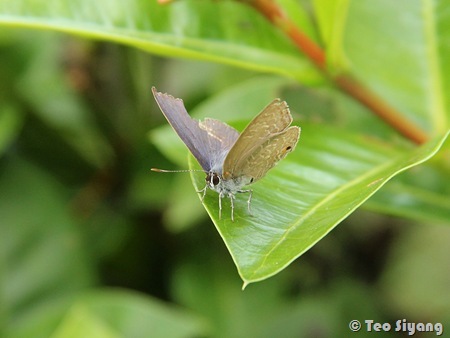 This is the Ciliate Blue, with its blue-purple dorsal wing colour. 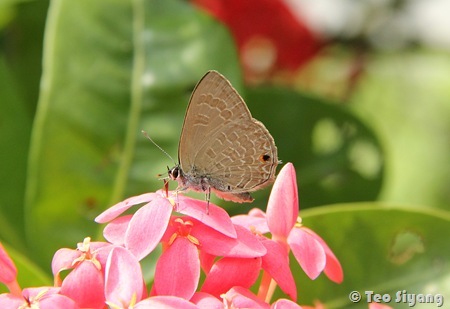 And a side profile of the same butterfly. 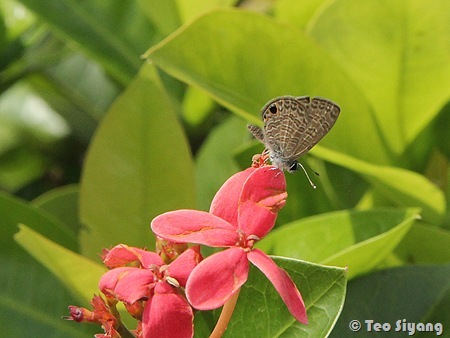 Hopefully this is a start of learning many more butterflies! Thanks to CMS for his help in confirming some butterfly species.