15 pigeons, 2 mynas, dead opposite the canal. Is this part of a culling exercise conducted by the Town Council? I must admit that this practice irks me. Is it their fault that they should be exterminated? I know for sure that its not. People should stop feeding them and this aspect should be targeted to control the bird's population instead of killing the birds. They are innocent. 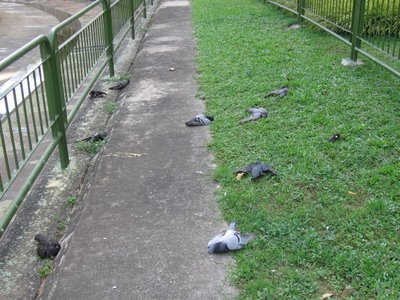 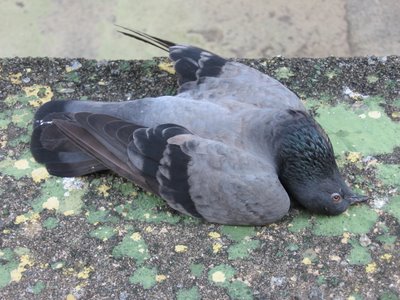 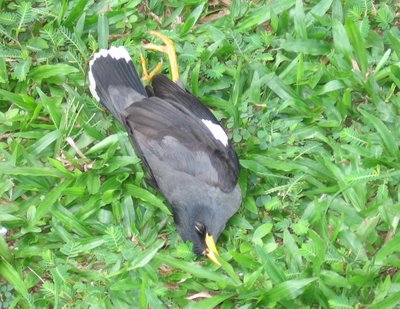 Mmm..but what if these birds were not deliberately culled? I should be careful next time not to go so near. Who knows if it might be another bird flu carrier. Anyway, pigeons are known to transmit diseases like Cryptococcosis, Psittacosis, Gastroenteritis. Info complied from AMK town council 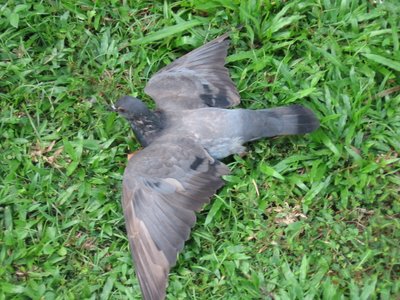 Pigeon struggling from the jaws of death
0 comments Labels: Thoughts