This is my first trip to the newly revamped Bishan Park. It came along with a new name too (the Bishan-Ang Mo Kio Park), though I doubt common folks like me will stick with its old and established one. 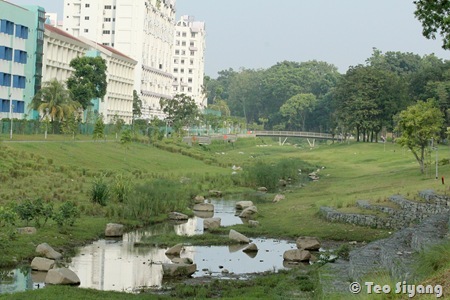 The main attraction is the deconcretisation (is there such a word?) of the canal that used to run through the park. It was converted to a natural low-lying river that meanders through rocks and long grasses. 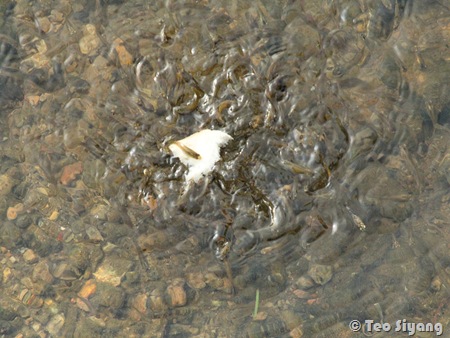 Because the river is so accessible to people, you can often see them stalking by the water with nets to catch fishes. Others tried to feed the fishes in the water with bread, which quickly gobbled the clumps like little piranhas. 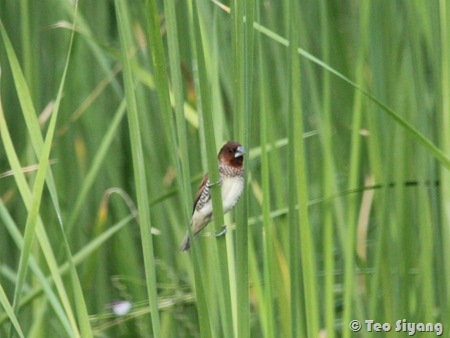 You can see lots of Scaly-breasted Munias foraging among the grasses. Mowing of the area is probably done less frequently as you can see the fruiting love grasses which, if I’m not wrong, is one of the food sources of the munias. 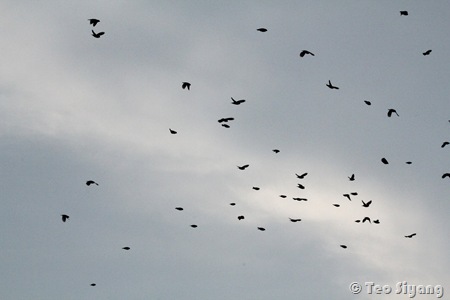 Here is a flock of the munias soaring into the air. 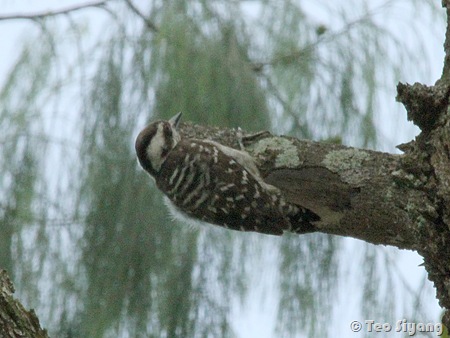 Some other birds which I saw includes two species of woodpeckers, which I found from the sound of them knocking on the trees. This one above is a female Sunda Pygmy Woodpecker. 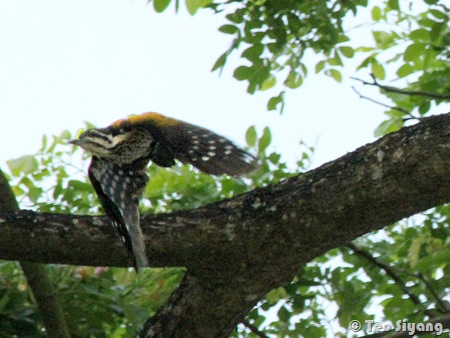 And here is a female Common Flameback taking off from its perch. 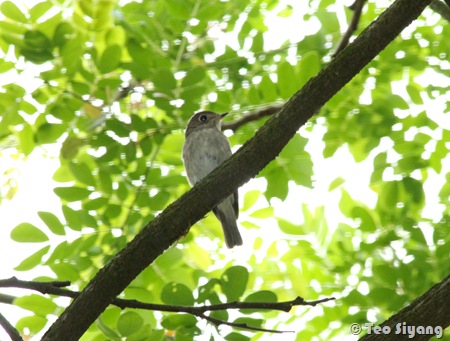 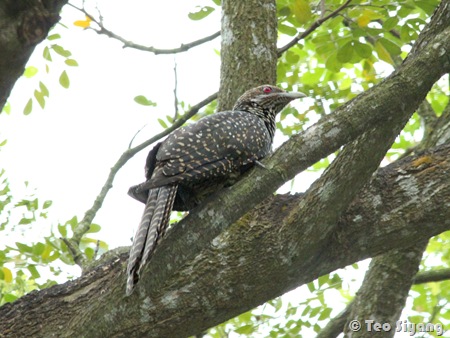 And a pair of Koels, a female, 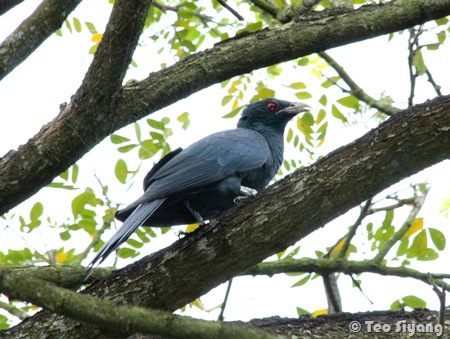 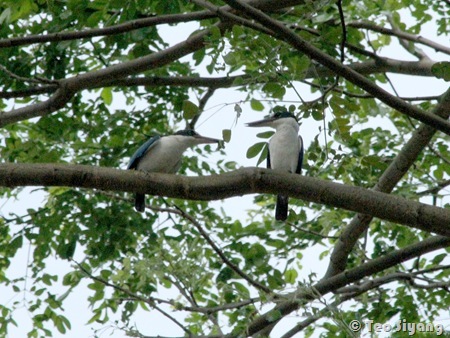 Lastly, just before I left, I saw a White-collared Kingfisher flying to a branch. It was carrying something elongated in its mouth and started knocking it left and right on the branch before passing to its mate on the right which did the same motion. It then handed it back again and the original kingfisher gobbled it up.

A pretty nice short trip to Bishan Park, though I am not satisfied with my photographs which were taken using my new tele-zoom lens. Hopefully it will fare better the next time.

A recent meeting made me thoughtful about people’s perception of nature. It seems that there is general consensus that truly wild nature is not preferred. The reason being that the residents will not like it compared to manicured greenery. However, I do not believe that is a valid statement during my cycling trip to Punggol. 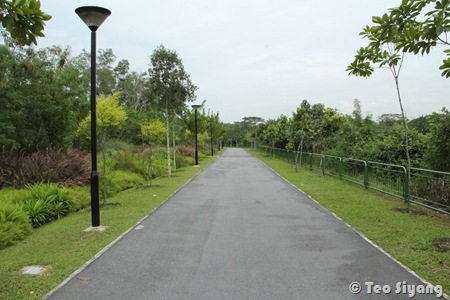 I believe that its a matter of how a wild patch of forest is “presented”. While cycling along the Park Connector Network in Punggol today, I can see that efforts are being done to keep parts of the original habitat. These natural habitats add to the rustic feel of the trail. I think that as long as there is some buffer zone between the trail and the forest, most people will not have any problems with their existence. Attractive cultivated plants can be done like the above could be introduced as a visual distraction to the forest background too. 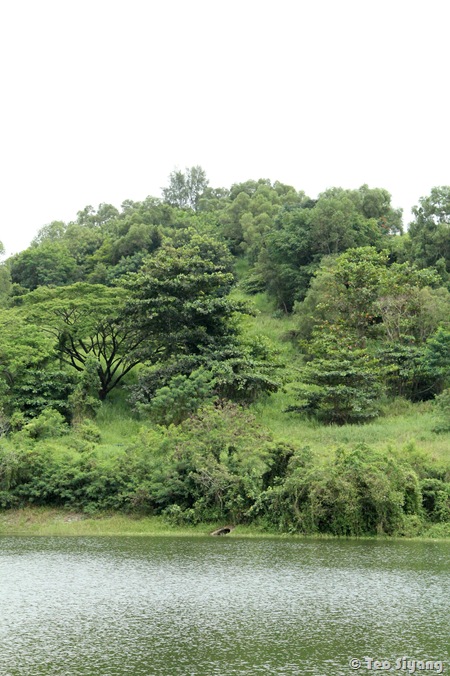 This portion of the PCN is truly breath-taking. I love the view of the hilly forest at the opposite bank (even though the plants are all common species) where Lorong Harlus lies. I will definitely attempt conquering this hill when I am free. 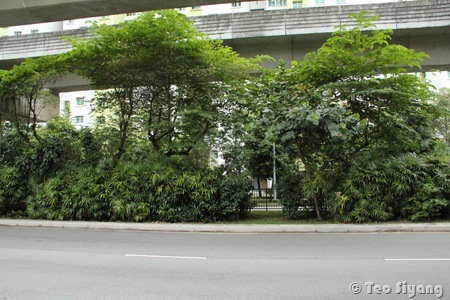 Aside my lamenting, our urban greenery have really improved so much over the years. In Punggol especially, the streetscaping is planted in a dense and heterogeneous manner. A daunting task for the streetscape managers but it is probably good for wildlife enhancement and reducing pest birds. 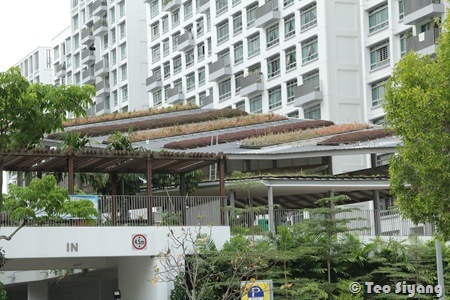 In a particular precinct there, I was amazed to see grasses growing out from the roof of a communal shelter. Green roofing is really sprouting everywhere in Singapore and its also a welcoming sight. Surprisingly, no studies on whether it has any benefits towards urban wildlife was done in Singapore, at least to my knowledge. 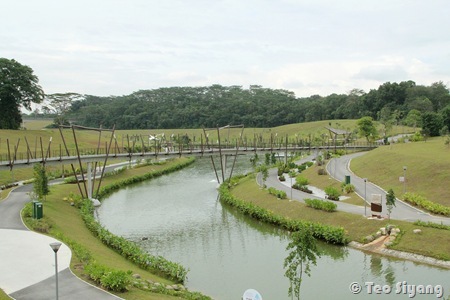 A view of the Waterway @ Punggol. It is really a remarkable engineering feat. Do you know that this waterway was entirely dug from levelled land? 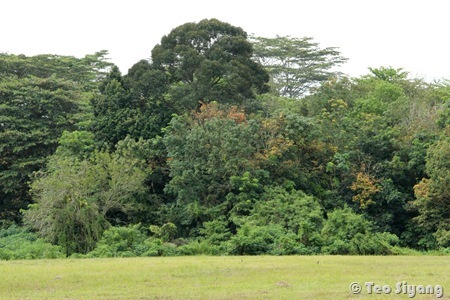 Venturing pass the waterway along Punggol Road, the forest caught my eye. Eventually, almost all the forest will be cleared in time to come. While it is not really a pristine forest, I still hope that at least portions of it can be preserved. Especially this giant durian tree, which is the tallest tree in this picture (at least 30 m tall). I can imagine that it will be pretty awesome to have a giant durian tree in the middle of an estate. How iconic it will be! However, its surrounding must be condone off because of falling durians when the season comes. :) 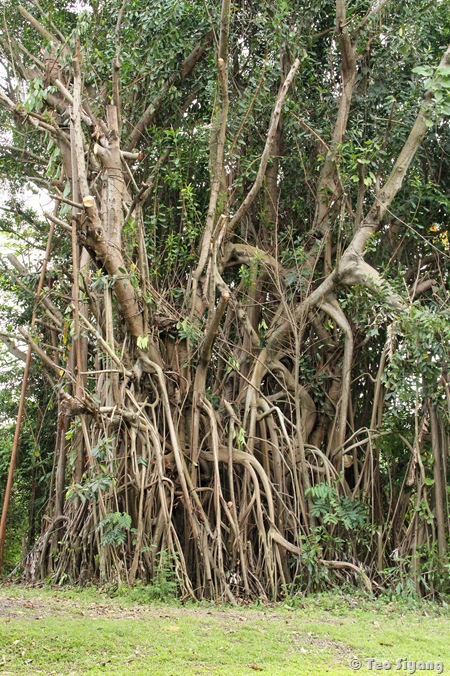 I passed by a huge Indian rubber tree, Ficus elastica which was heavily pruned. From its massive size, it must be a really old one. Hope this is another tree that will be conserved. 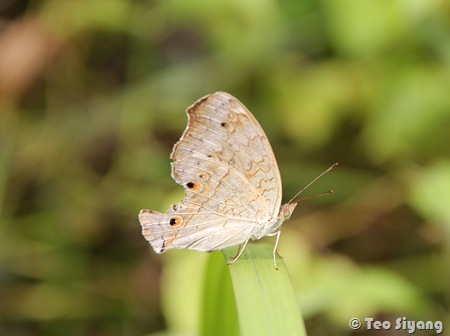 Another check from the butterfly list! A Grey Pansy. :) 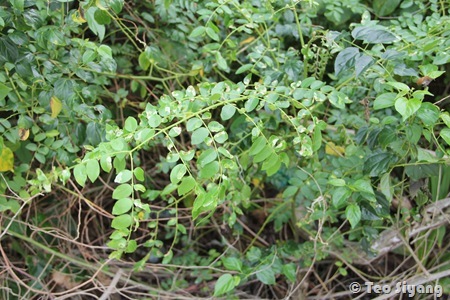 Punggol Promenade was next, and my only thought was to search for the critically endangered climber which RY found last time, Caesalpinia bonduc. The plant seems to be doing fine, except for the fact that it was infested by leaf miners. 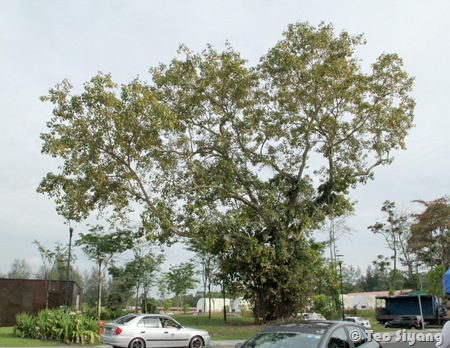 There was a pretty large bodhi tree, Ficus religiosa at Punggol Jetty. Great that they decided to preserve this tree when they cleared the place to build the promenade. 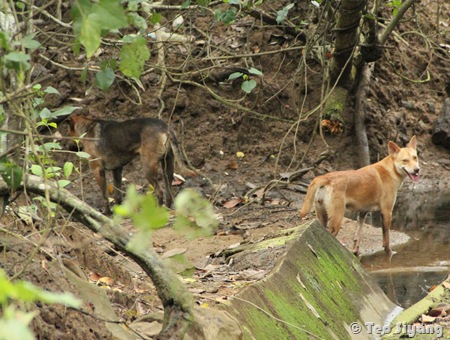 Turning back to cycle home, I saw three dogs foraging in the mangroves. They were rather shy seeing me and ran off quickly. Seems contrary to what the joggers experienced at the waterway.

Finished the entire trip in a record 22 km!