Today is my first trip to Tanah Merah organised by KS with a ton of other of his friends. Glad to finally put a face to the awesome pictures in his Singapore Nature blog by James. 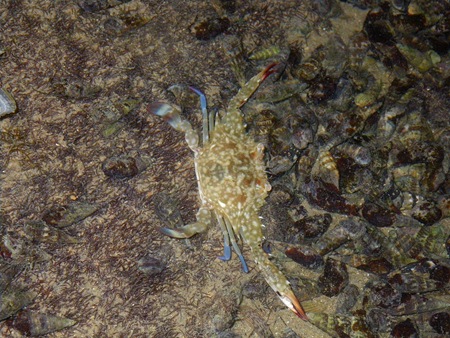 The intertidal habitat is basically a sandy shore enclosed by a long seawall. It was under these huge boulders which formed the wall where life thrived, especially the crabbies. There were so many swimmers around, like the flower crab above (Portunus pelagicus). 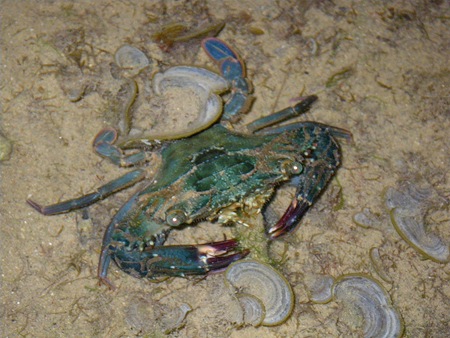 There was also a hive of activities as we witness them feeding among the rocks. 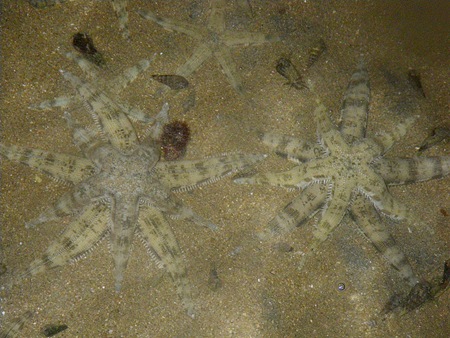 J went far out first and called us when he spotted the Common Seastar (Archaster typicus). 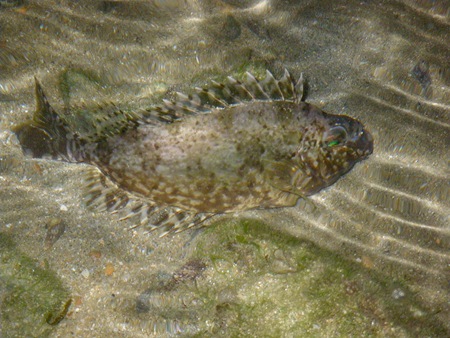 The rabbit fishes (Siganus sp.) are probably the most easily spotted medium sized fishes here. According to wiki, they are exclusively diurnal and this might be the reason for their sluggish behaviour and half-shut eyes. One even knocked on my booties and just laid flat on it as if to sleep! 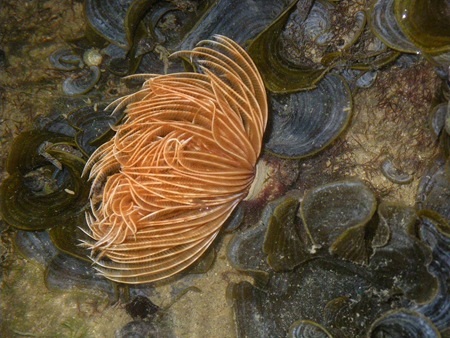 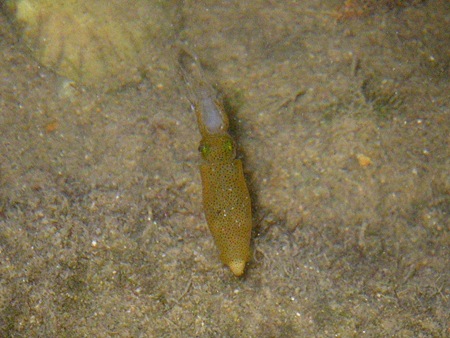 Squids and cuttlefishes are a common sight here and I was excited to bear witness to one that caught a tiny shrimp that can barely fit in its mouth. 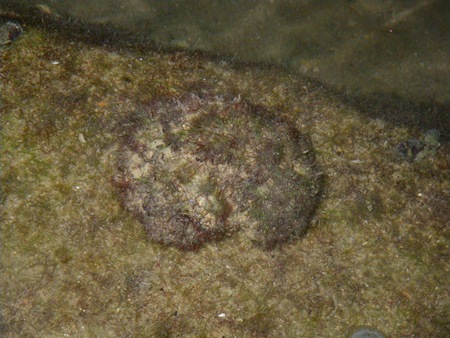 A gastropod of considerable size, the dolphin snail, Angaria delphinus looks just like a piece of rock. However, when cleared of the algae and debri, it appears pretty magnificant. 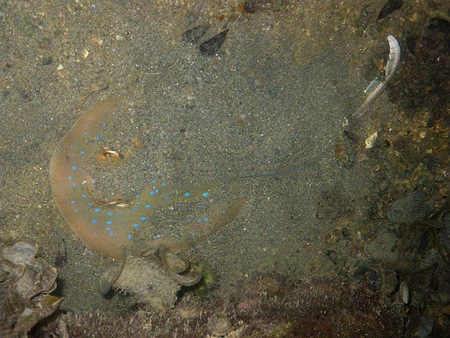 I was also lucky to spotted this blue spotted fan tailed ray (Taeniura lymma) that settled just in front of me. 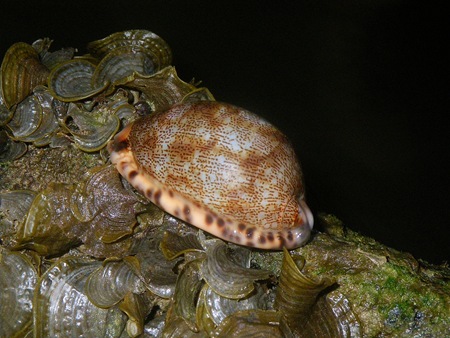 I was impatient to see what is hiding under the rocks so I clambered over them. The algae was very slippery so it made a difficult task harder… However, did managed to spot a few interesting stuff like the Arabic Cowrie (Cypraea arabica). 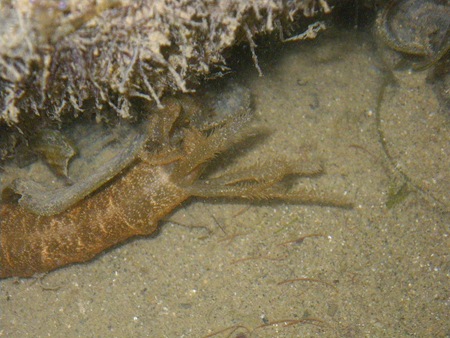 I also managed to catch a glimpse of a Synatid Sea Cucumber (Synatidae). 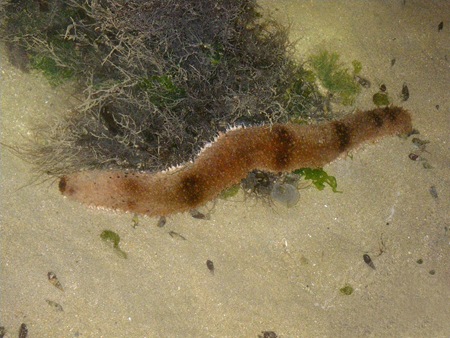 Also present is another beautiful cucumber yet to be identified. 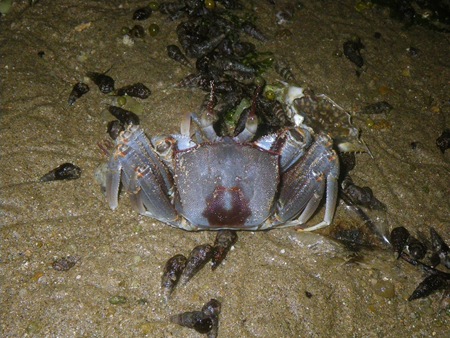 Finally along the upper shore, there were many athletes racing on the sand. These were the horned ghost crabs (Ocypode ceratophthalmus).
0 comments Labels: Tanah Merah