Me and Daniel was pleasantly surprised when we saw a bat perching on the ceiling. One of the more common local species, the common fruit bat or lesser dog faced fruit bat, Cynopterus brachyotis is said to feed on small fruits, figs and nectar. 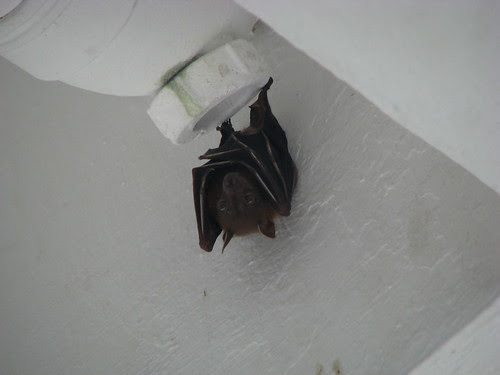 Sorry for the lag of post recently. Have been preoccupied recently by several issues and plus also my laziness...

Last friday, I accompanied daniel to hunt for crabs at Bukit Timah hill. Several Nparks staff are there to guide us the way to the freshwater stream where he began his sampling. It was quite a fruitful night and we saw many nocturnal animals, the only regretful thing is that I failed to get a picture of a moth, Erebus ephesperis, which was frightened by the flash from a camera. Thanks to Daniel too for letting me try out his new Nikon D60, its really awesome to take pictures using DSLR for a change! Enjoy the pictures!

A slimy land planarian worm with a distinct hammerhead 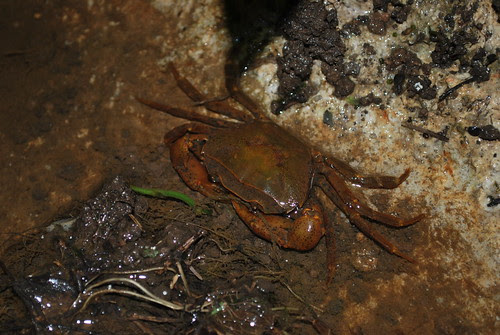 The streams are dominated with this big freshwater crab, Parathelpusa maculata.

A shiny white pearl on the leaf. I wonder what animal makes this. Is this an egg? 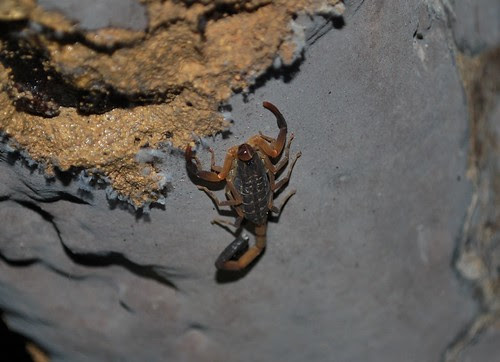 My first time seeing a scorpion in Singapore! I wonder what species is this... 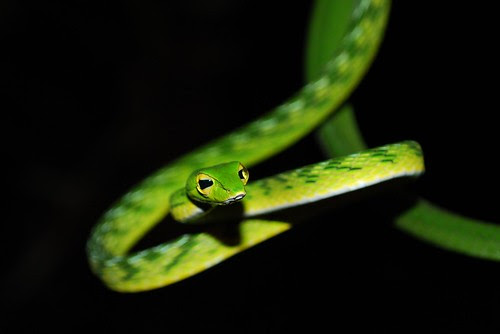 The star of the night is probably this beautiful Malayan Whipsnake, Ahaetulla mycterizans, which we found slithering at the small bamboo forest. This is a less common relative of the Oriental Whip Snake, Ahaetulla prasina, which is found throughout Singapore while the former is reported only in the CNR.