A walk at Labrador

Finally army was over and well, din really spot alot of creatures there except for lots of swifts flying around the camp and a rhino beetle that lost its way to our room. No photo cos its forbidden in camp.

Man the weather was so bad these days, till yesterday when I finally get to see some sunshine. Quickly packed my bag and went off to labrador tickling with excitement for an adventure.

Arghh...reached harborfront to find out that the labrador bus was onli in service till weekends and I ended up calling a cab since I duno the way. Yes, its my first time there.

Reaching carpark B, I walked aimlessly along the shore. Wow, I never know theres such a place here besides east coast and pasir ris! And there definitely looks more preserved with its dense forest behind. Alot of war memorials here too. 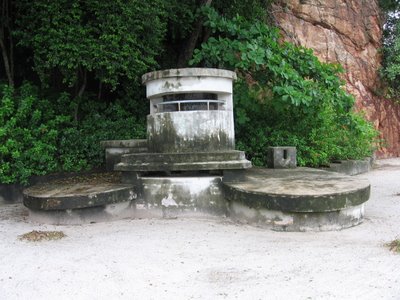 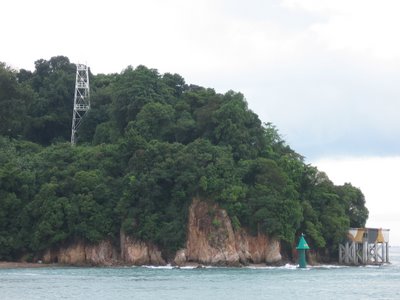 View from labrador. Eh...Isn't this the rocky cliff of sentosa?
There is a long bridge leading far out to the sea. Must admit that its not a breath-taking view here cos ahead of me are dredging works and smoking chimmeys from the refinerys. 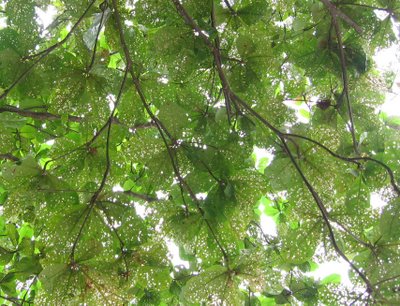 This holes at the sea almond leaves looks familar!! Just like the infestation mentioned at my last post.
Ahh...I finally found the rocky coast which I heard so much about in those nature blogs. Too bad the tide was still up. Took a stroll down the beach and saw a few people. One student probably, seemed to be holding some detector and digging the sand (treasure hunt???). Another father and son team up to explore the coastline like me. And also a married couple in their suits and dress for some wedding photos. Can't resist a giggle when the photographer ask the groom to carry the bride and spin her and shout together. keke.

Din make alot of discoveries this time. Prehaps I was alone with no extra eyes to spot stuff. But more that of the weather! Freaking hot sia, almost dehydrated down there. 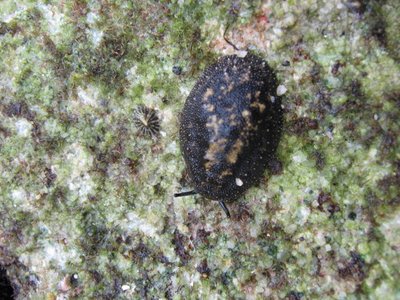 Nicer picture of the seaslug this time. 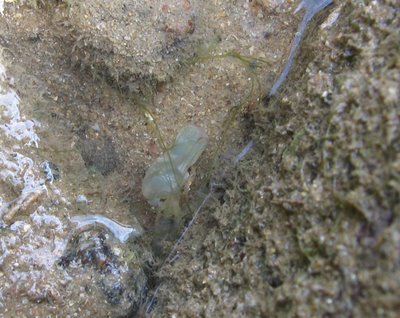 Snapping shrimp! So hard to take a photo cos it kept running about. 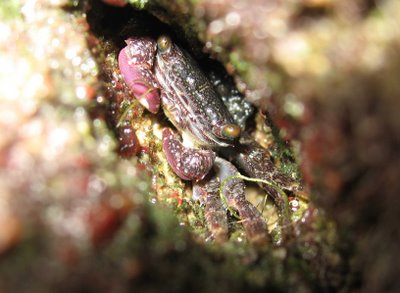 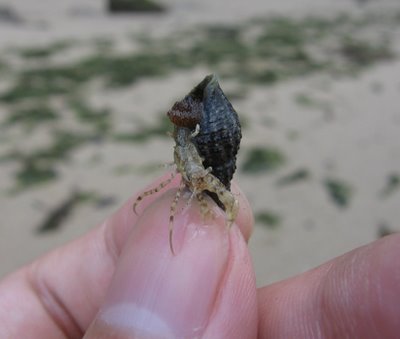 A hermit crab. I think that red coiled thing at its end is its soft abodmen as it was struggling from me.
Couldnt stayed longer for the low tide as meeting nerrsia for dinner before she went back france. Muttered a curse as I had to walk all the way out to the bustop. They should at least have one stop in here! =S 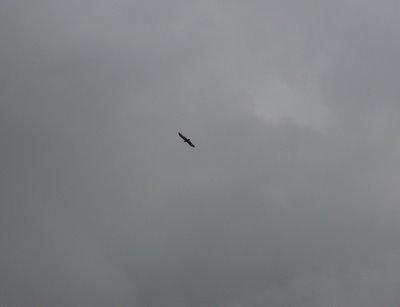 A raptor, Brahminy kite in the air when I was walking to the bustop.
When I have time, or more like when the weather is better, I will come back again and prehaps go into the forest trail. Looking outside my window at the dark clouds... Sianz!!! Not today I guess!

I will get the pictures up probably tml after i got my laptop back from repair...Life indeed is very sianz with all this rain and no lappy.