Life Cycle of the Painted Jezebel

I never realised that my dad’s bonsai plant has a mistletoe (Dendrophthoe sp.) parasitising on it till he told me. He also said that there are lots of caterpillars there. 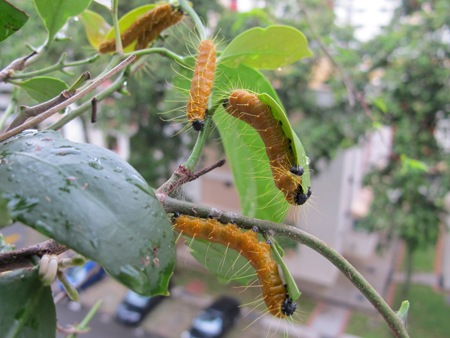 These are the caterpillars of the butterfly, Painted Jezebel (Delias hyparete metarete). 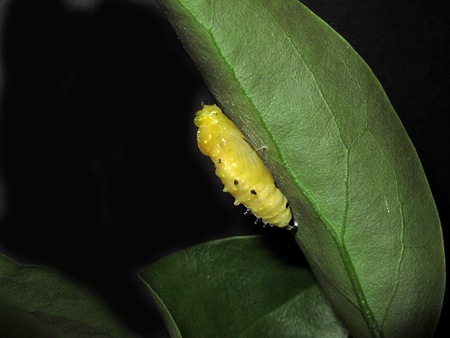 I took one caterpillar for rearing and it just happened that it pupated on the same day. 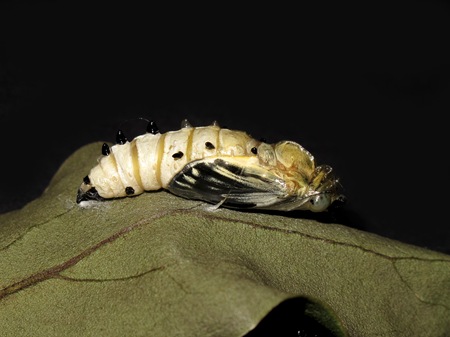 As time passed, about a week later (today), the pupa is finally at its last stage. 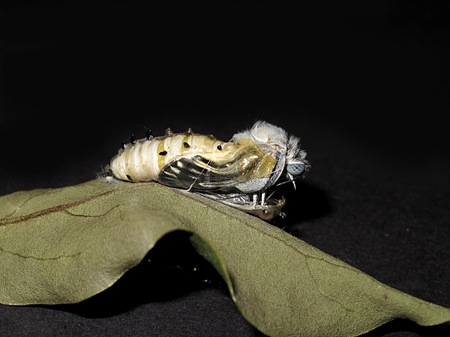 Sure enough, the chrysalis cracked soon after and the adult pushed its way out. 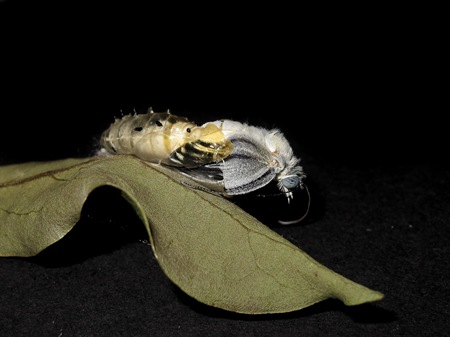 And out it emerged. 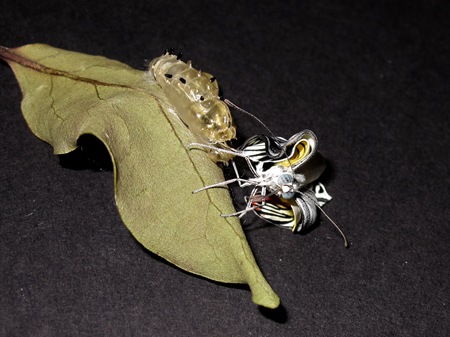 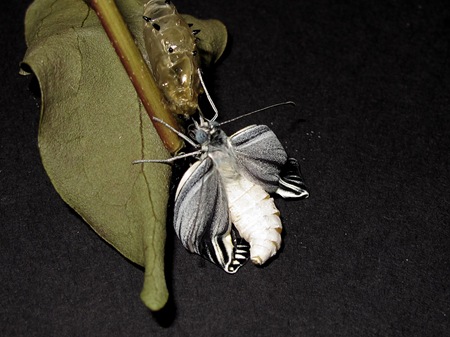 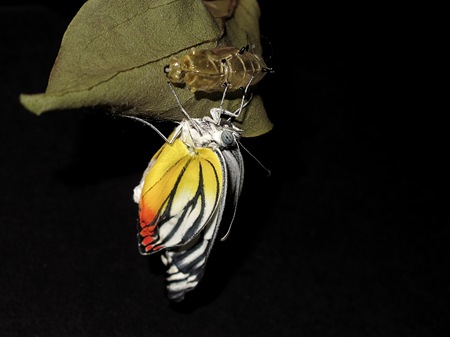 I suspended the leaf upside down to allow its wings to slowly open. 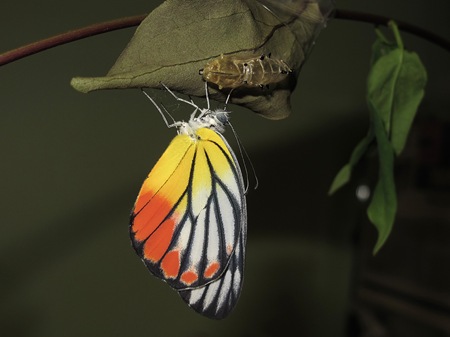 Into a beautiful butterfly. 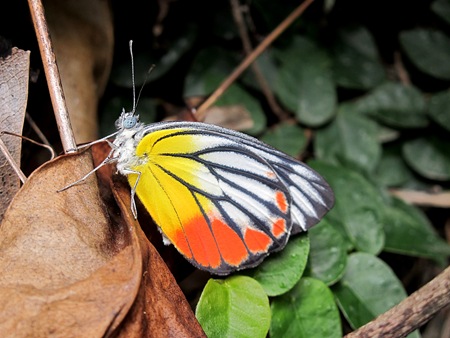 And here it is, still resting on a leaf after I released it.

I wondered how many generations of painted jezebels my dad’s mistletoe had supported. There is a new lot of caterpillars there again!

Hey, cool post! How long did it take the butterfly to emerge from the 3rd picture?

Quite fast, about 2 minutes.

u and your caterpillars... :P

although the butterfly is beautiful, the caterpillars are real yucky! they give out a horrid smell.

Did you know that you can shorten your links with Shortest and make $$$$$ for every click on your shortened urls.