Today I decided to make an impromptu trip down to Centre for the Arts Museum with SD to visit the exhibition of Dr Ivan Polunin’s treasured collections of film, photos and other documents.

Dr Polunin has the largest collection of documentary footage of Singapore filmed between 1950 and 1970s, way before I was born. 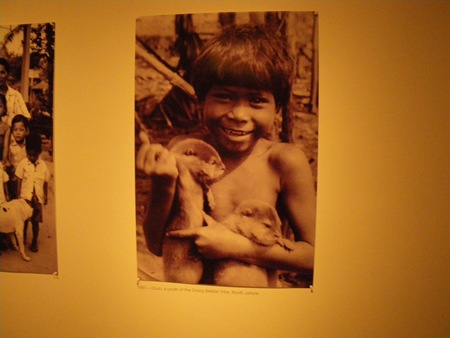 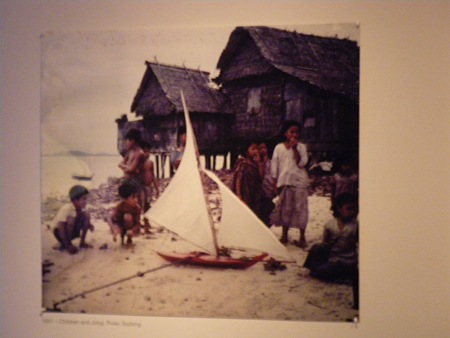 A past-time of the coastal community, sailing competition using this vessel called a Jong. 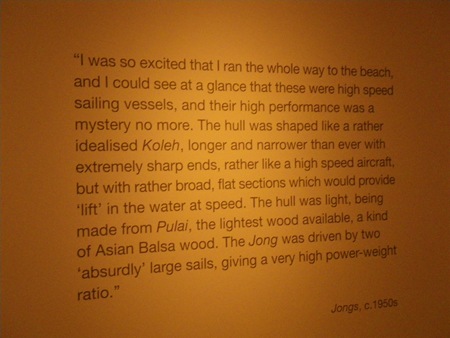 Here is an abstract of Dr Polunin’s thoughts about this boat. Apparently these boats were made of Pulai (Alstonia augustiloba) due to its light wood. 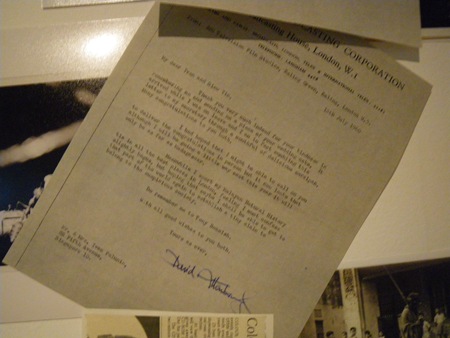 On one of the walls were a mosaic of documents. SD pointed out two letters addressed to Dr Polunin from Sir David Attenborough, the famous nature broadcaster!

There were also other interesting documents penned by Dr Polunin about mangroves, coconuts, fireflies and other medical information (he was a doctor by profession) pinned on the wall. It is a pity that I can’t take them down from the wall to read! 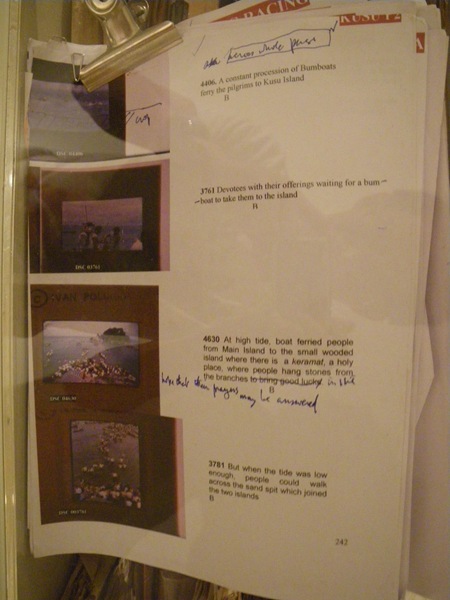 Within the few glass cabinets in the middle of the room, there were also many old literature scattered untidily (or artistically, depending on how you see it) inside. I was fascinated by this paper about Kusu Island. It mentioned that during low tide devotees could walk from Kusu Island across a sand spit which join to another small outcrop. It was there where a keramat was located and people hang stones from the branches so that their prayers may be answered. Our current Kusu Island is probably the resultant of land reclamation joining these two islands together. 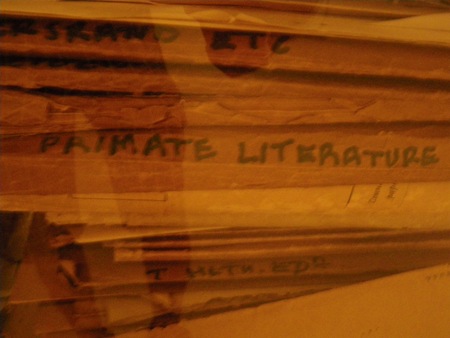 For SD, he was particularly ecstatic about this “Primate Literature” stacked in between other zoological documents. I think we pretty much felt like donkeys with carrots hanging over our heads. Can see but cannot touch… 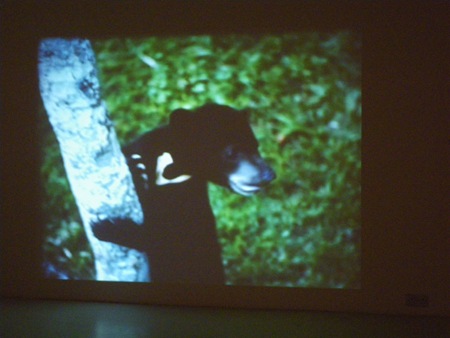 We sat awhile there watching one of Dr Polunin’s documents, Sails Off Singapore filmed in 1958 at Pulau Sudong. A baby Sun Bear stole the scene in many parts of the film. I wonder if this bear was native to Singapore or if it was just some exotic pet. If it is the former, then this will be another mammal record for Singapore. 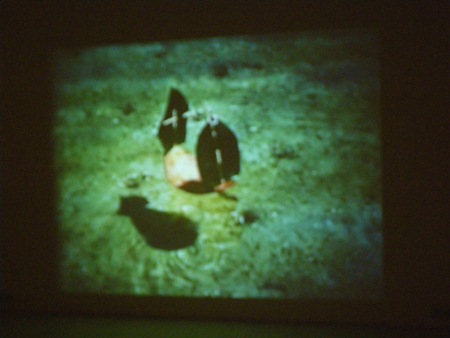 The kids in this coastal community who are probably to young to play with the Jongs or Koleh, made little boats made of coconut husks and leaves.

Dr Polunin surely captured many important images of our lost heritage. This exhibition is a must visit for all. Remember to grab a brochure and postcard of this exhibit from the counter too!