Spent almost an entire week at Sungei Buloh guiding students at this nature reserve. Even though we did not managed to see a crocodile, but we were still rewarded with many other exciting discoveries to compensate for it.

The best sightings are of course the smooth sea otters (Lutrogale perspicillata). This one popped its head out of the water cautiously after I stepped on a branch when I was inching closer to get a clearer shot.

No, 6 of them swimming and walking up the opposite bank! 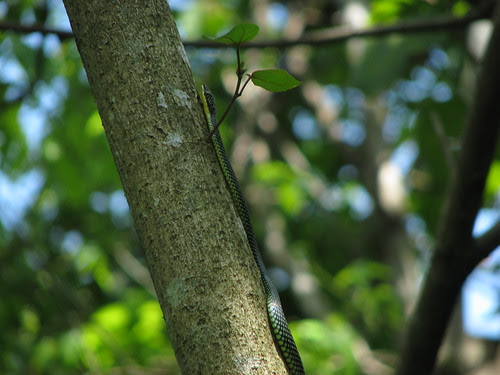 The second most exciting was seeing this paradise tree snake (Chrysopelea paradisi). As if this was not enough, it also performed for us by gliding to another tree!

I also managed to see a juvenile Malayan Water Monitor Lizard hunting, it managed to catch and gulp up a mudskipper at the mudflats before scrambling to a Bakau tree, probably to get some vinegar crabs for dessert.

Mangroves are an important food source for humans, and one of them is the favourite food for many, the chilli crabs (Scylla sp.)! 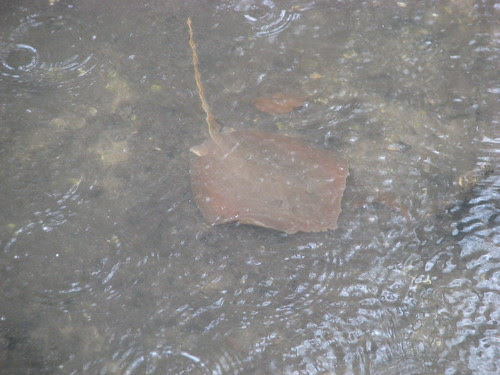 Even though it was drizzling miserably today (besides being Friday the 13th), we still saw two mangrove whiprays (Himantura walga). They are armed with one or two venmonous stingers that can deliver a painful wound if threaten. 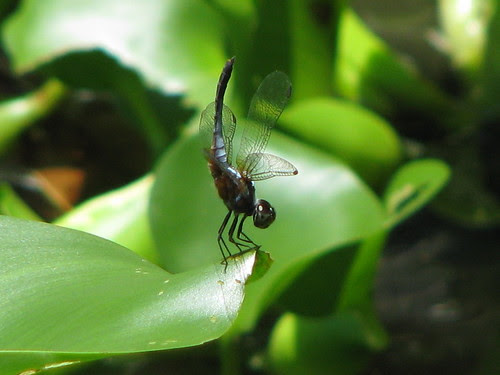 Besides the mangroves, there were also several ponds with lots of beautiful dragonflies. This one is assuming an obelisk posture believed to reduce the body's exposure to the afternoon sun's heat.

And we ended the walk with some long-tailed macaque (Macaca fascicularis), sitting on the roof of the nature gallery.

You know what, I've never seen Scylla in all my time guiding there. One of those weird things that just never shows up when a particular person is around.

I actually saw them on two consecutive guiding!