New year eve today but had no plans to celebrate. Luckily JJ told me my lens is ready to collect and told me to meet at white sands. Man he is so efficient! Since was at the vicinity, thought of going to pasir ris park for a walk. 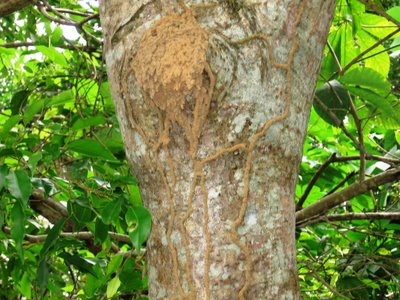 Termite mud tubes
Saw this plant adversely affected by galls developing on the leaves. From the pictures I took during the garden festival last week, they look similar to those caused by mites but I can't be sure. Galls are abnormal plant growths caused by insects, mites or other organisms (think they are analogous to tumours). They are formed due to increased productions of plant hormones induced by salivary secretions or damage by the organisms. Looks very gross to me. =S 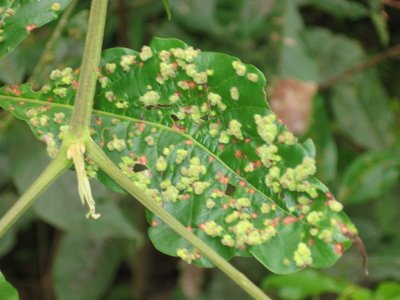 Galls form on a leaf
At the mangrove boardwalk, saw the giant mudskippers again. Wonder why there were so many flies around them. 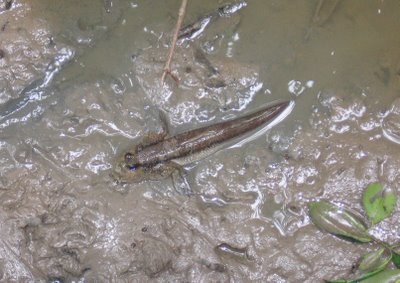 The Giant mudskipper
Almost time so turned back. Found this ball of leaves and was excited as I thought I discovered some bird nest. Looking more closely, I realised that they were instead weaver ants' nest. Finally! I've been wanting to get a shot of this but couldn't find them. Remembered Dr daren yeo said that they use their larvae to squeeze out silk like toothpaste which is used to seal leaves together. Cute analogy. But these ants remind me more of the Tekong days in BMT, where they were infamous of being damn aggressive when bump into their nest. They will climb all over you and bite a wound on the body and releasing acids from its abdomen (They do not sting). Unfortunately I felt it before and its definitely not a good experience, especially with tens or hundreds of them around the body… The only way we deal with this is to strip the person of his clothing and flap them off. Eeww, still bring the shivers... 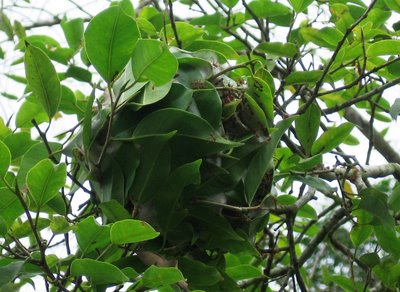