Today is my third trip to Ubin and first time to Chek Jawa. Was contemplating whether to go Chek Jawa or the on-going Garden Festival due to the bad and unpredictable weather. But decided to go ahead with my plan with the company of Fiona.
What freak weather today was! Rain and stop, rain and stop for about 3 times. Lucky thats all or the entire trip will be ruined.

Anyway, on the bumboat trip to Ubin, I saw a vaguely familar face. He looked like the seasoned semakau guide, Ron who gave a talk during one of the trainee lectures. My suspicions were confirmed when I heard him say "coral rubble", "semakau" and other marine stuff but was paisei to say hi (opps). Didn't think he remembered me anyway.

At the island we went straight to rent a two seater bike as Na was uncomfortable riding alone. I asked the shop-owner the way to Chek Jawa and he discouragingly told us not to go as the trail was hard to ride through and we can’t see much at this time. He even gave us the wrong direction! I just muttered that we will explore other places instead but still cycled towards Punai Hut, determined to reach my goal for the day.

The way there was horrible! :S After passing through Kelichap Hut, the once rocky trail become a muddy one which made it so difficult to cycle. Not to mention all those up-slopes! Think we practically strained every fiber of our thigh muscles to cycle up. But of cos after awhile we gave up and push the bike instead. Even more gross were those nasty "commando" mosquitoes... Soooo.... many of them around stinging us. 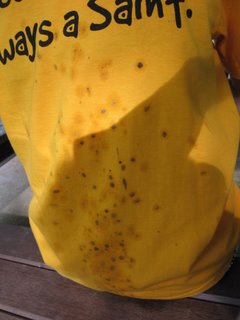 Graffiti mud designs on Na's back
But we had a nice surprise when I saw 2 puppies sitting beside the trail. They were so cute! Just like those cuttie puppies from books and internet. 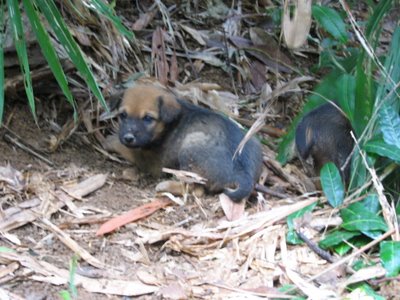 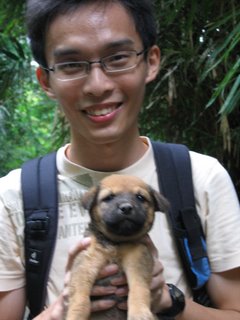 We reached Punai Hut soon after (half dead by then) and there was a mini-bus there already. A person was calling and giving instructions and I realised that we came when theres a guided tour today. There was also a barricade which I dun remember last time with a bangla worker standing guard. More people soon came and group by group they went through through the barricade. I was thinking that we are done for this time as I dun see how we can get pass the route.

But well, we tried sneaking in anyway but was caught by one of the guides =S So I asked her whether can tagged along with one of the groups and she directed me to one of the guides, Adelle (not sure I got the name correct) and ahh... yes, she kindly allowed us to join the tour =D. O, and I saw those 2 puppies with them, to bring back and see who wana keep them as I heard later.

Off we went towards Chek Jawa. The first thing that greeted me was the half-constructed boardwalk. But I was more amazed at the vast outstretch of lagoon. Man, this intertidal area is so big. 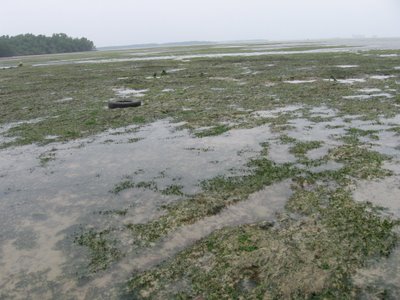 Thats alot of sea-grasses there
And so, the guiding starts: 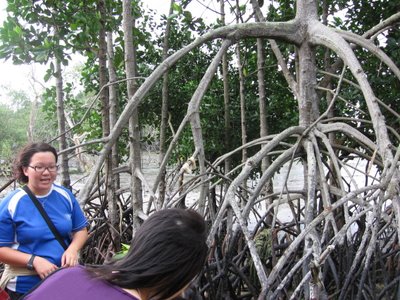 Adelle talking about the prop roots of the Rhizophora
After this mangrove tree introduction, she showed us the fiddler crab territory. Wow...so many of them around waving their enlarged pincer! Too bad they were too far for any pictures. Will love to capture a shot of those cute crustaceans. Oya and those clicking sounds of snapping shrimps. First time hear it too. 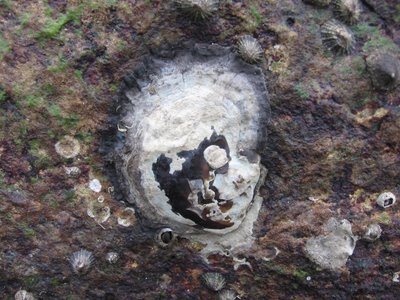 Oysters, together with limpets and barnacles encrusted to the rocks.
When our guide picked up a leaf in a plastic container, I thought that the container was just some rubbish left there. Then I realised that they were actually left by earlier groups or the "hunter seekers" with interesting creatures worth seeing inside. 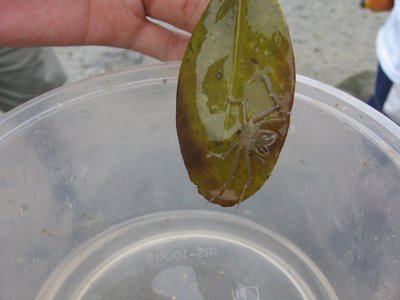 A small crab, with its back stuck to this leaf. For concealment? Or was it just accidentally stuck there? Not sure as din hear what she said that time. Hope someone can enlighten me here.

3 Jan~ found out that this crab is called a leaf porter crab, Neodorippe callida. It can attach itself to a leaf for concealment. In the day, it hides in soft mud, with leaf facing up. In the night, it swims upside down, using its leaf to hide from fishes below. Source from guide to seashore. 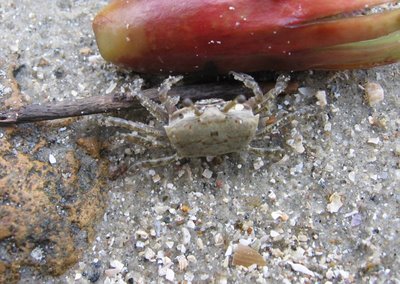 Too many pictures to show so think better to organise them by phylum ba. Can refresh my school work at the same time. First up are the chordates: 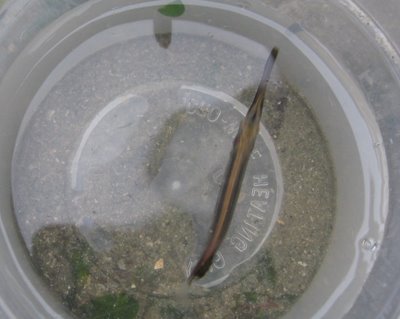 Brown pipefish with black strips along the lateral sides. 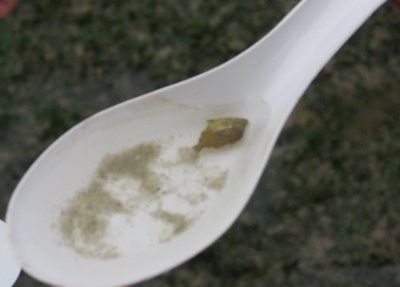 The leatherjacket or filefish 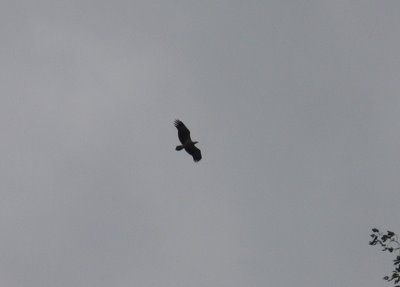 Up next are the cnidarians. A pity that the coral rubble wasn't accessible, seemed to be missing a big part of the tour: 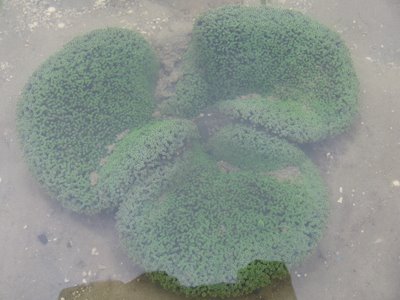 These carpet anemones are all over the place! 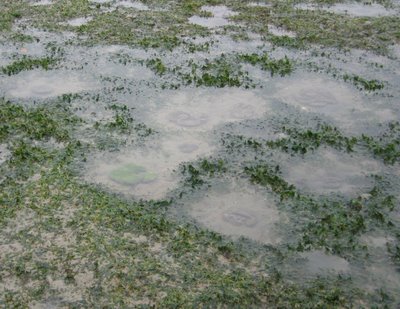 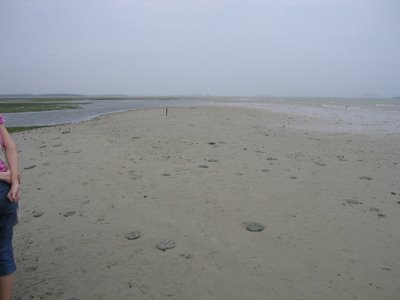 The sandbar, littered with carpets again 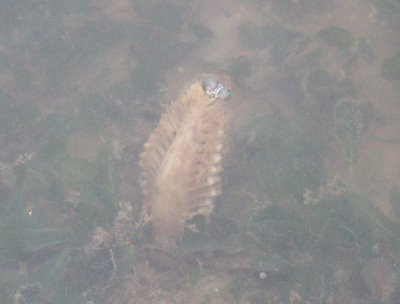 A living sea pen in the water 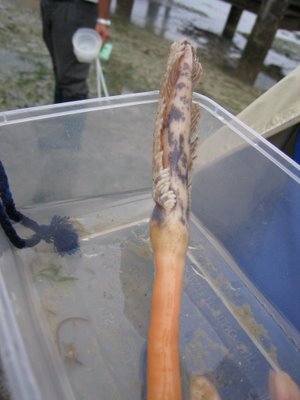 Another one showing its peduncle. Adelle was eagerly searching for porcelain crabs between the feathers but alas we were not fated to see any. 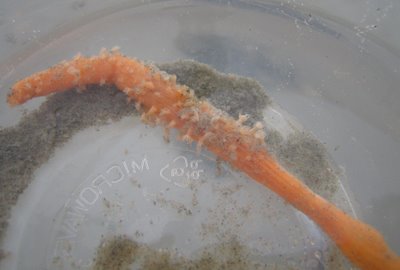 This nearly bald pen but showing clearly its many polyps, looking like small anemones.
Echinoderms, the most diverse organisms seen today: 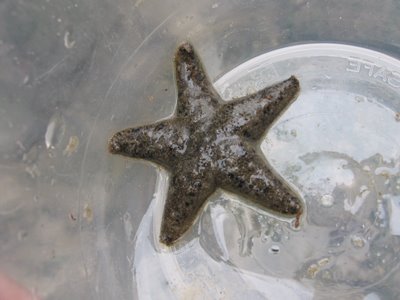 A rock sea star which camouflages well among the rocks. 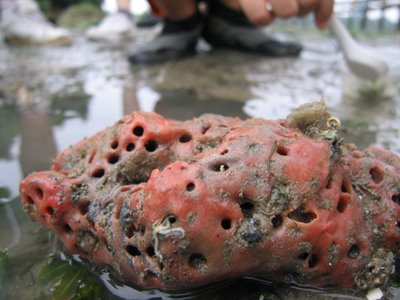 Couldn't see them initially but after adelle told us there were brittle stars inside the sponge, they all seemed to appear. So tiny! 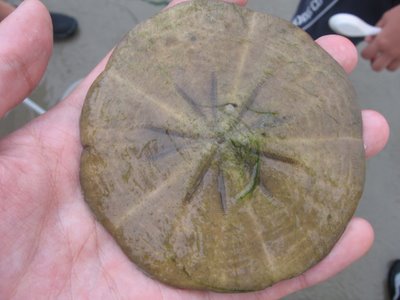 A flattened urchin without spines as Dr Daren Yeo always describes the sand dollar
Sea cucumbers really does come in all shape, sizes and colors! 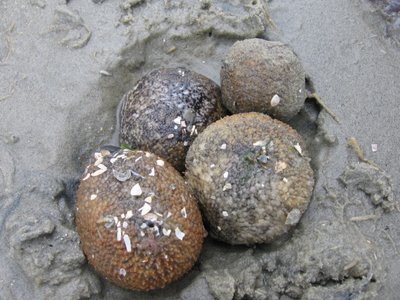 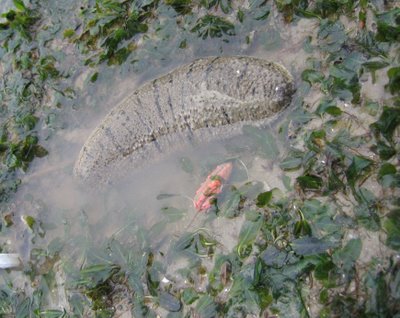 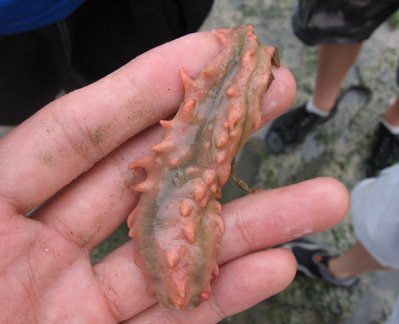 Thorny ones too (Thorny cucumber close up).
Soon after the sandbar we went back. A short trip of around an hour but it was definitely an eye-opener. Alot of first times here. =) Interesting company too. An enthusiastic photographer dad, two children who poke at everything they saw and a grandpa that doesn’t really listen to the guide. Adelle said that this type of 3 generation group is the hardest to guide and I can see why. Anywayz, later found out that actually Ron and some of the guides actually seen my blog. Wow, so honoured... and I was still complaining that my site meter didn't move much.
Ty again to Adel for allowing us join the tour.