Its been quite awhile since I came back to Sungei Buloh. I was here today with DL for a short walk and as usual with the bird man, I learnt more about birds from him. 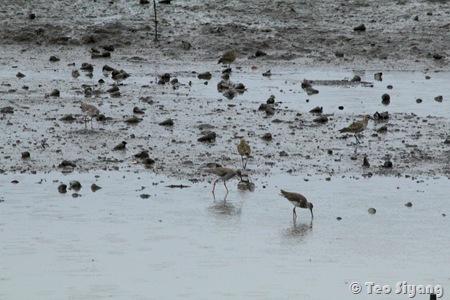 The migratory season is ending soon but we can still see quite some shorebirds foraging among the prawn ponds. However, DL pointed out that there are only two species of waders here, the Common Redshank and the Pacific Golden Plover. 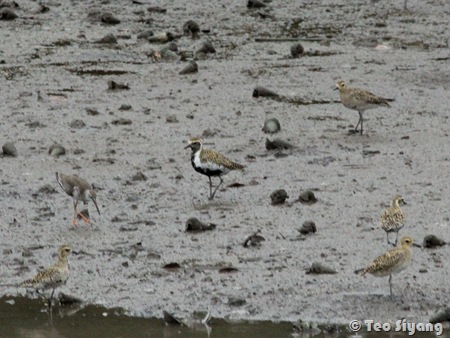 They will soon be flying back to the North for breeding. Already, some Pacific Golden Plovers are assuming their breeding plumage with a coat of black running from the belly up to their heads. 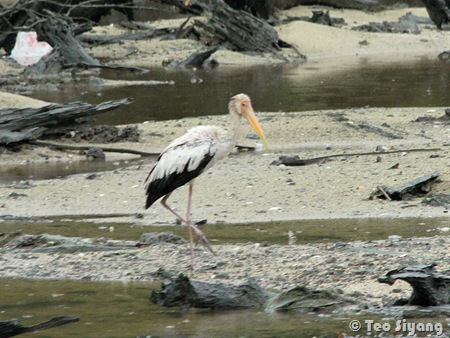 A lone Milky Stork was also sighted, which is likely to originate from free-flying stock introduced by the Singapore Zoo. 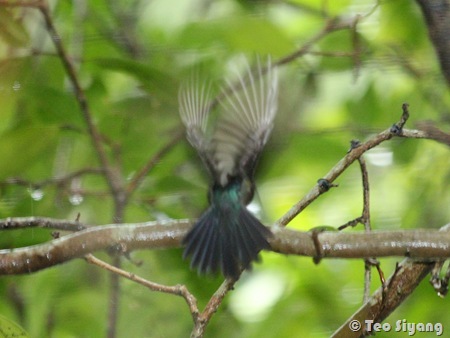 The Copper-throated Sunbird lives exclusively in mangroves and DL told me that Singapore is the easiest place to see the bird. Unfortunately, I was unable to take a decent picture of the pretty male showed on top. 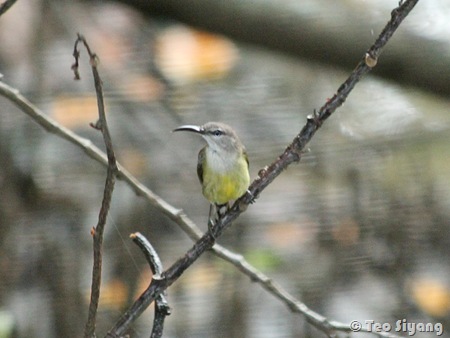 But only managed an OK shot for the dull-coloured female. 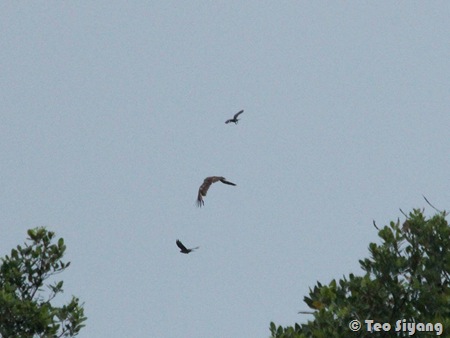 At the platform overlooking Pulau Buloh, we saw some House Crows bullying a Brahminy Kite. A fearsome predator but still defenseless being mobbed by these pest birds. 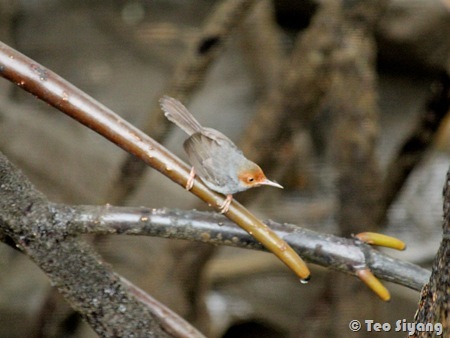 The Ashy Tailorbird is another mangrove bird species and it darted among the Rhizophora prop roots. 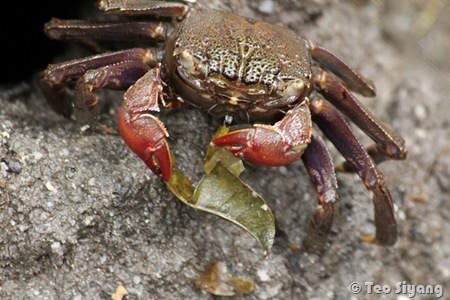 We then headed back to the mangrove boardwalk and saw a nice photographic opportunity to take a picture of a tree climbing crab feeding a piece of dead leaf. Some other sightings include these shield bugs. 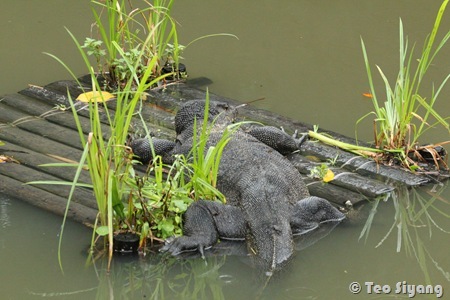 While waiting for our cab to pick us up, I saw this Malayan Water Monitor Lizard resting on this floating platform at the freshwater pond. 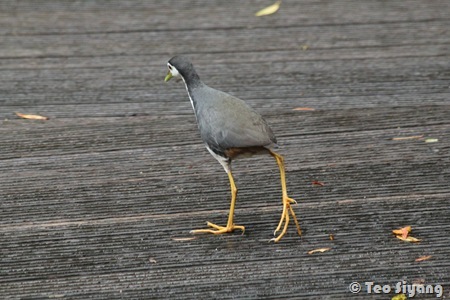 Two White-Breasted Water Hen also walked about in a rather comical manner, and being quite nonchalant about my presence.
0 comments Labels: Mangrove