Despite the dark clouds above, PY and I still decided to go ahead since her bf and L are already on the way to meet us to today’s trip to CCNR.

Alas, all the plants were totally different from what I know thus far, besides the few common edge species. Appreciate if you can share if you know what are those below! 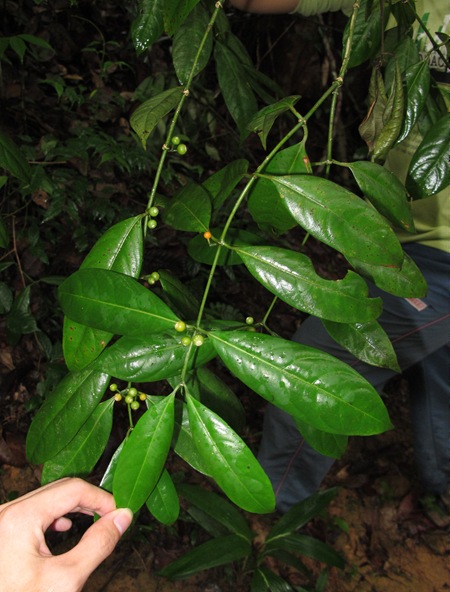 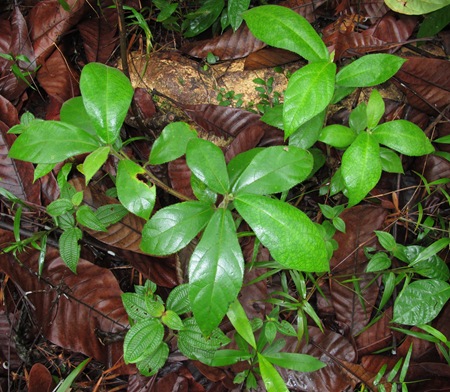 This is a plant from Moraceae family, and very hairy all over. Update> Ficus aurata 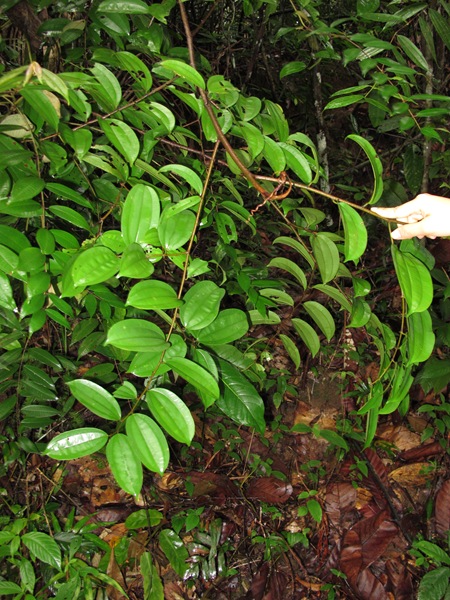 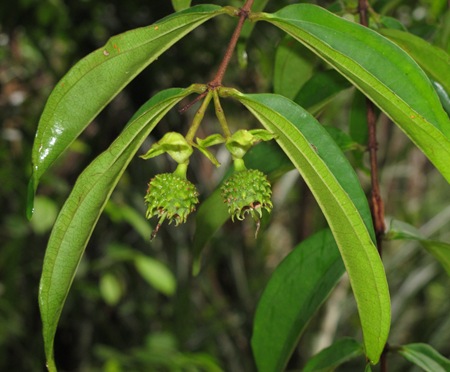 Another tri-veined leaved plant with is narrower and with fruits. Update> Pternandra echinata 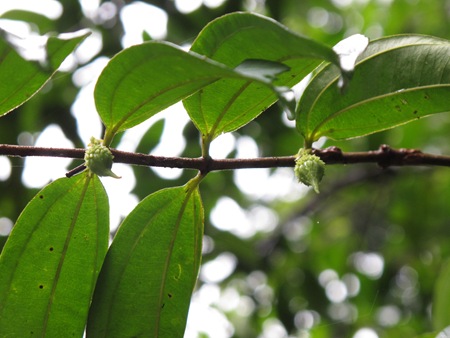 Here is another angle of it. 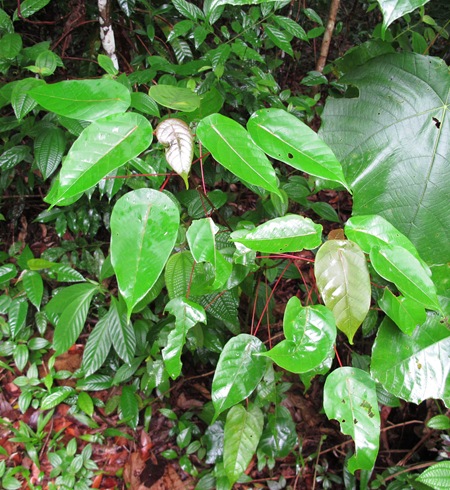 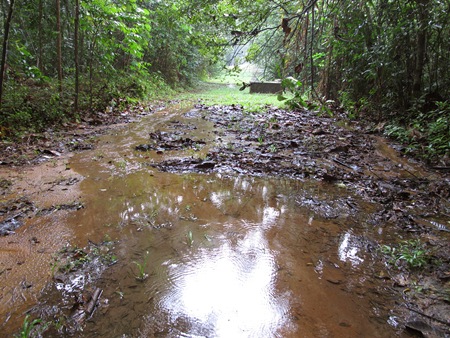 Because of all the weird rain recently, this trail seems more flooded then usual. 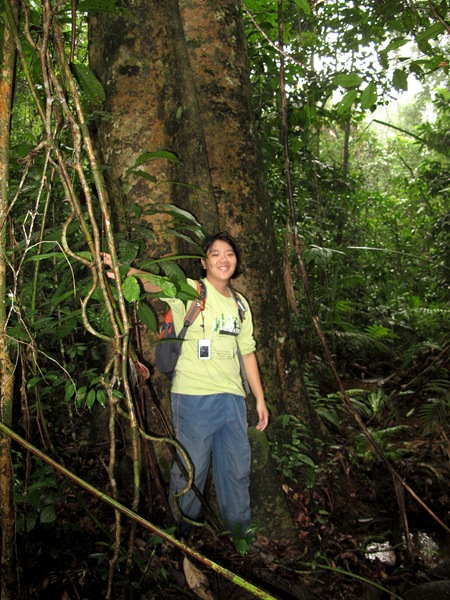 I was just peeping into this curiously big tree from the trail and decided to investigate. Surprise surprise, after bashing in checking the fallen leaves, it is an Alstonia pneumatophora. Apparently it was the exact same tree T told me again after checking his email back home. 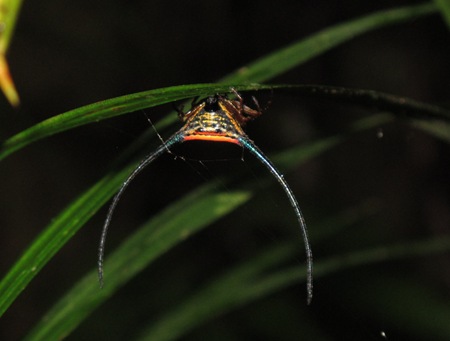 Near the tree, a cool spiny spider, probably Gasteracantha sp. 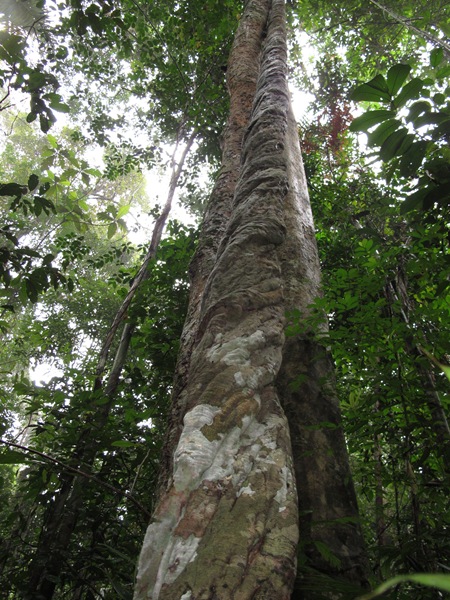 Near it, strangely shaped trunk or liana that wrapped around another tree high up. Wonder what this plant is. Update> Ficus sp. 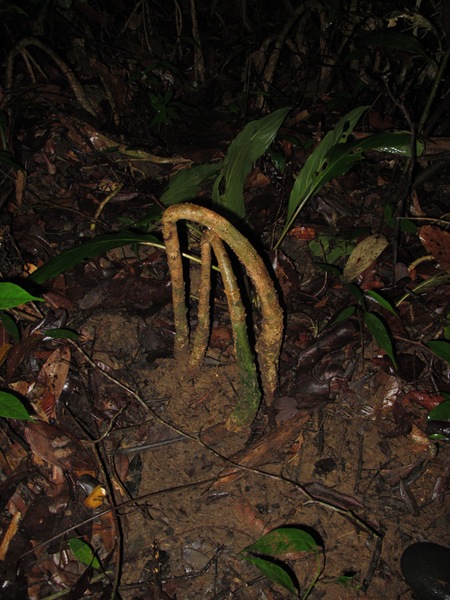 Because of the swampy condition, many trees have slit roots or kneed roots like this above to breathe. Update> Myristica elliptica

Unfortunately, it poured pretty terribly right after this and we have to exit the canopy to the main trail to avoid any potential tree falls. I was the only one without umbrella and wore a weather proof jacket that was not water proof… 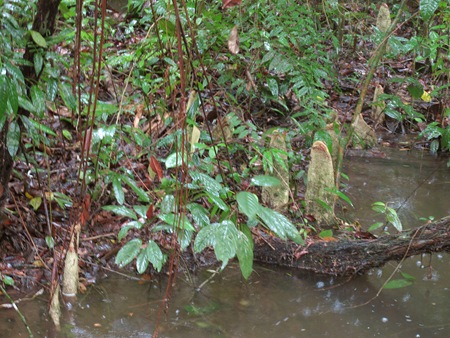 I wanted to reach this part where there was this tree with weird tombstone-like roots. Update> Lophopetalum multinervium 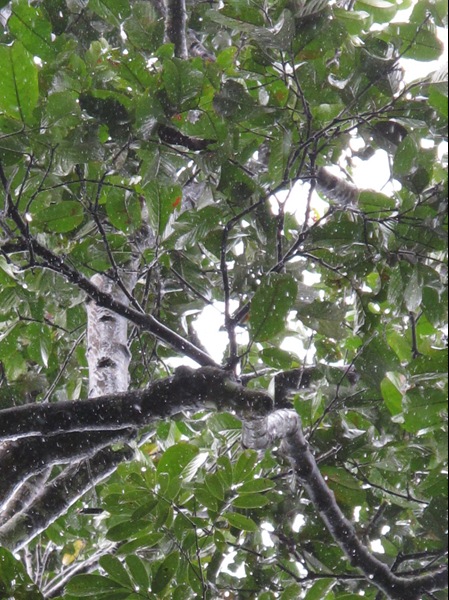 Went in again but couldn’t locate that particular tree which gave rise to the roots. However, we decided that it was probably one with a larger trunk then the else of them and because the trunk colour looked similar to the roots. I tried to take a picture of the canopy but only managed one since my camera is not weatherproof. You can see the rain drops above… 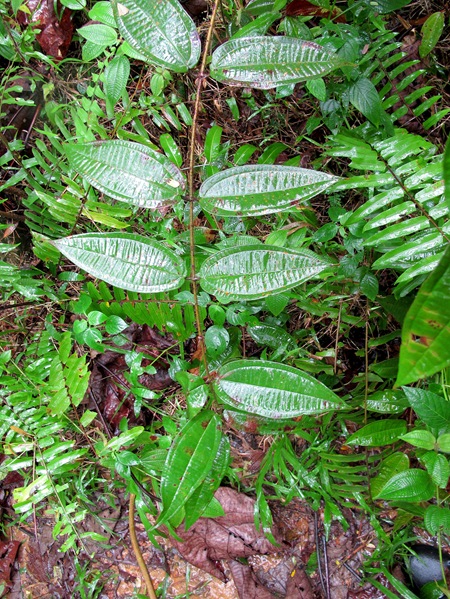 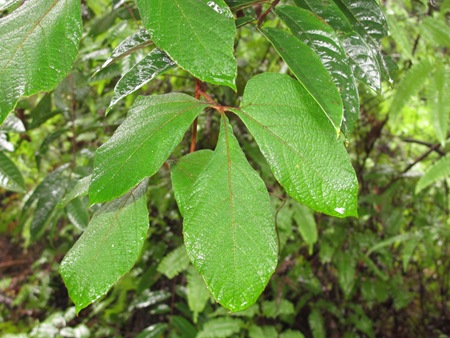 Lastly, another familiar plant which I have no idea… Update> Ampelocissus elegans

Thanks JL, VB and KY for the help in ID~

The first one with berries is a Rub... Looks like Aidia berries doesn't it?

The one with red stems is either a Macaranga or a Mallotus... I have this impression that it's a Macaranga...

The last trifoliate one with strange shape is probably Ampelocissus elegans...

I'm sure the Melastome climber is Dissochaeta... just dunno which one.

O yes, Macaranga heynei : ) Glad some of you are interested in our local flora. Kwek, good try.

Thanks! It will be more fun knowing their ID when I passed by them next time~