Back in CCNR and wet again

I had initially thought that the day was going to be hot and sunny, perfect for another day of exploration. Unfortunately, it started drizzling when we alighted from the cab and a torrential rain came soon after in minutes… The best was that I was dressed in sleeveless and did not brought any rain gear. Luckily PY have an umbrella for me while she wore her waterproof jacket.

And so, for the next miserable two hours or so, we walked in the rain (x3 worse than last week…), and unable to take out my camera to take photos. And I was also unable to bash into the swamp for fear of falling branches. Fortunately, the sky cleared while we were walking back and I was still able to capture some pictures along the trail.

Again, some pictures of interesting plants (to me) which were mostly alien to me. Appreciate any help in the ID once again. 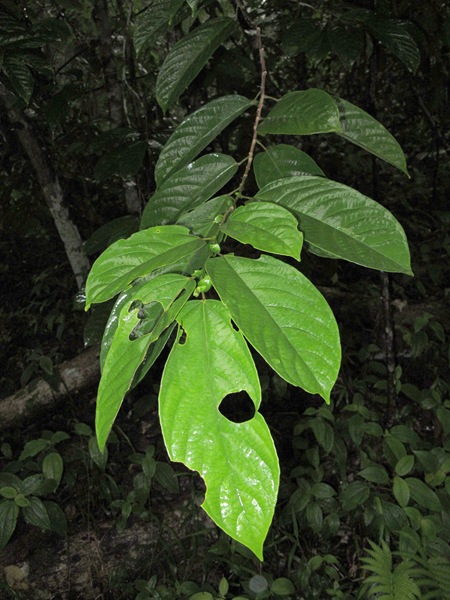 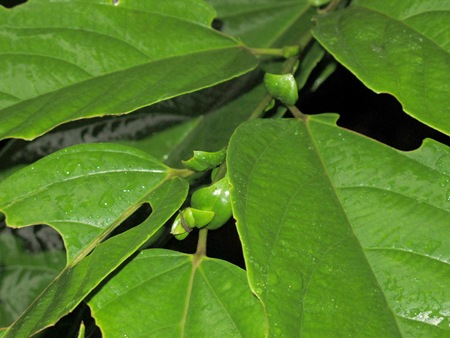 But it has cool large stipules. 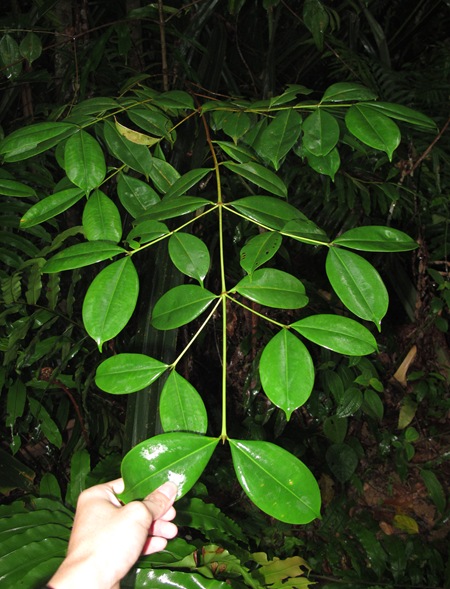 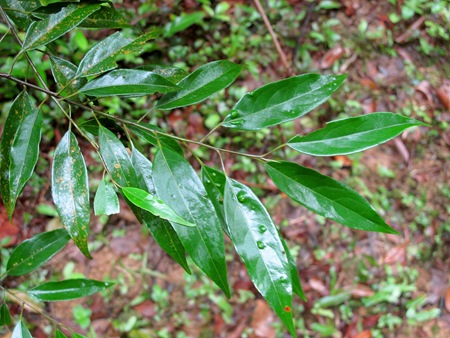 A tree with crenulate leaves, 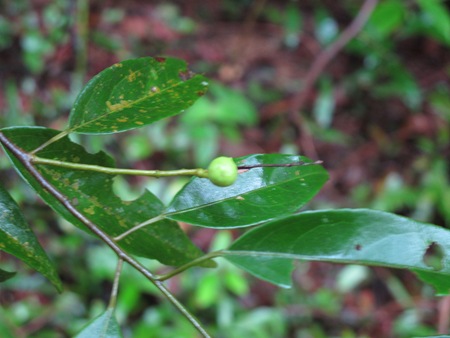 with small fruits that have random minute projections on the surface. Update> The leaves seem to match Elaeocarpus nitidus, but the fruits differ much in size from descriptions. 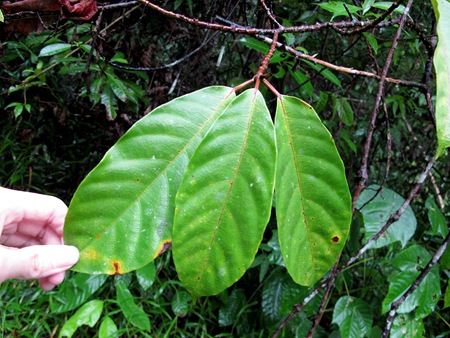 Here are two Ficus spp. that I have not seen before. One above~ 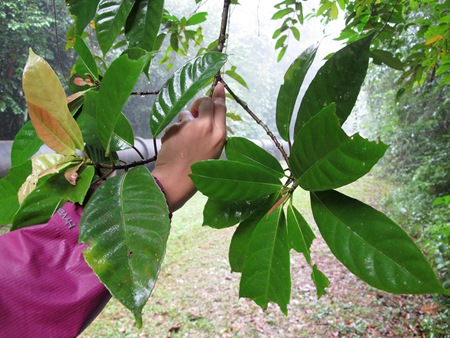 And another standing beside it, 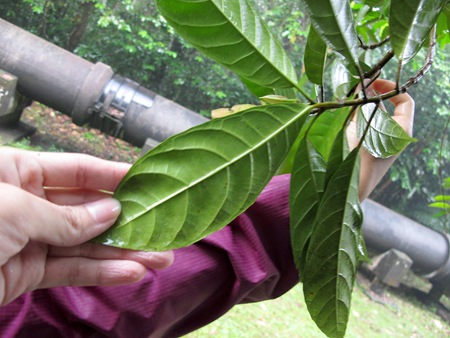 Here is the underside of that Ficus sp. Update> Probably Ficus variegata. 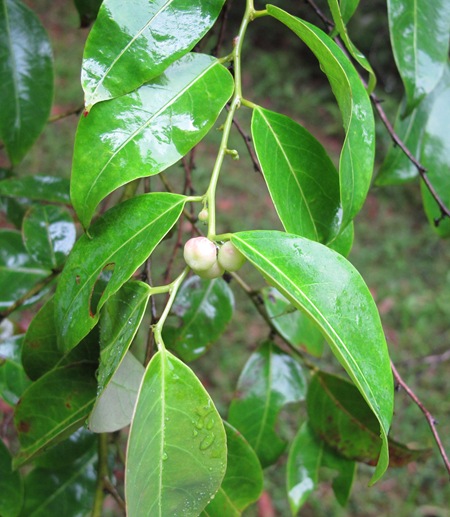 Here is another tree which have pinkish fruits that comes in threes. 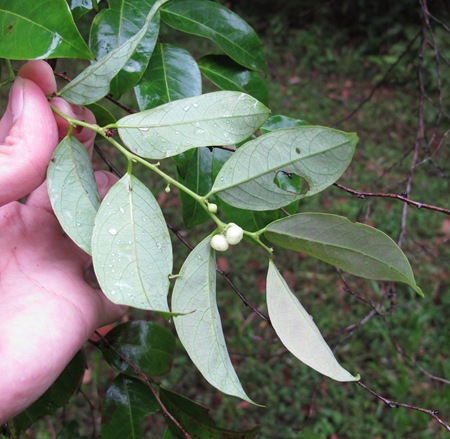 A back view. Update: Glochidion lutescens. 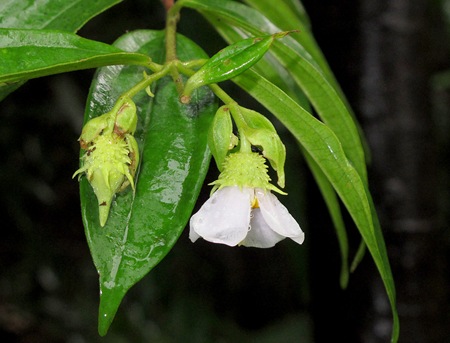 After learning this plant, Pternandra echinata, last week, I managed to find its flower today. 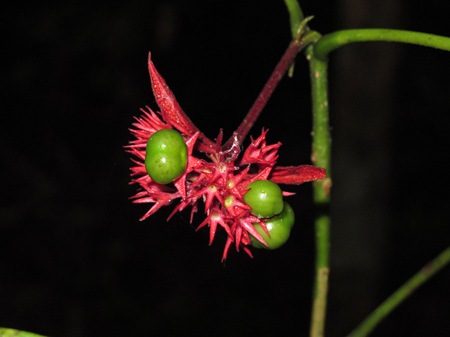 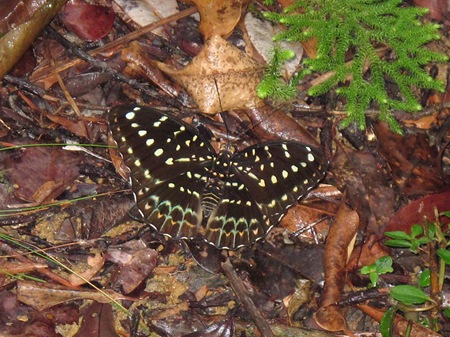 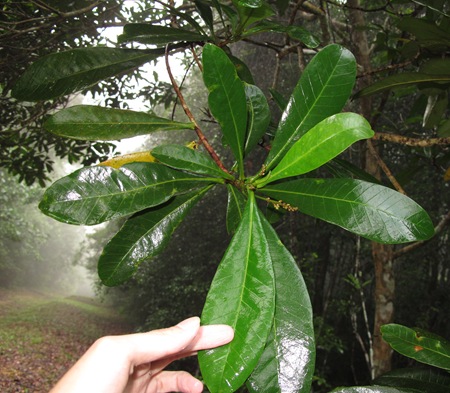 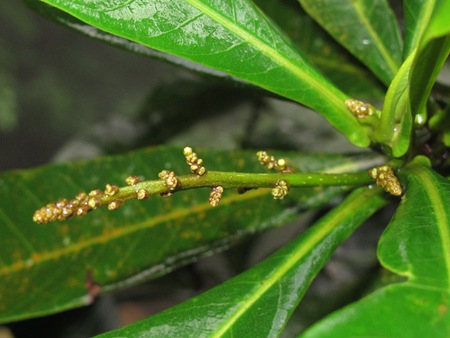 With the yet to open inflorescence at the tips. Update> Probably Campnosperma squamatum. 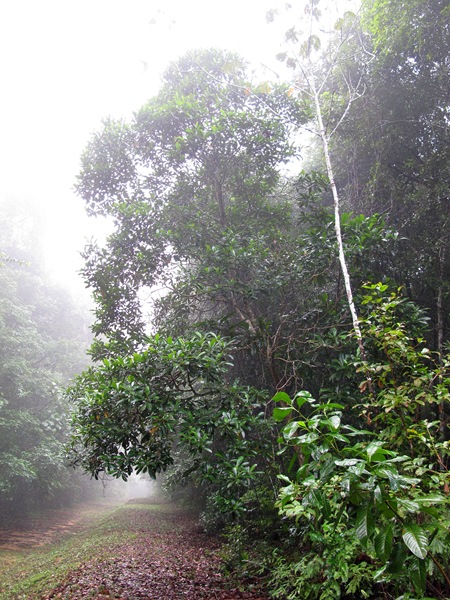 Here is a look at its habit. 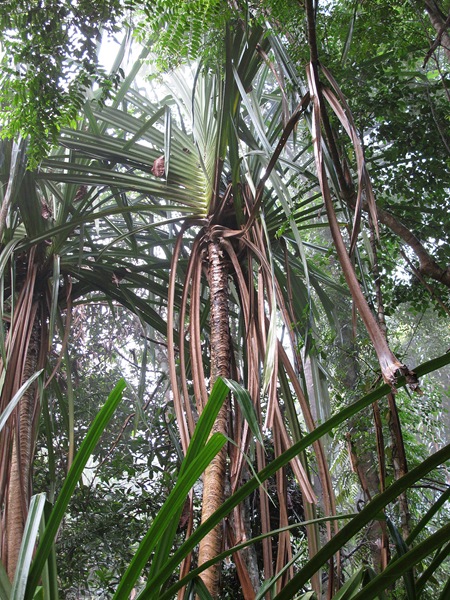 This is one one really tall Pandanus sp! Update> Probably Pandanus artocarpus. 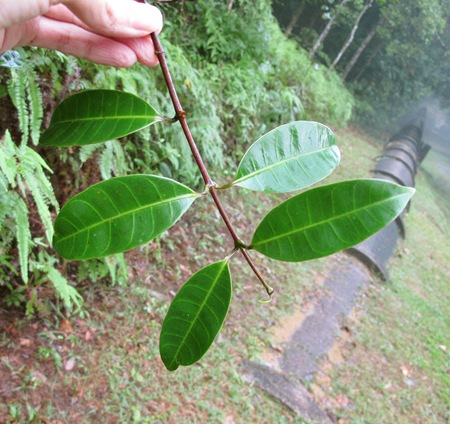 Among all the plants, this climber is what I wanted to know the ID most. Probably an Apocynaceae because of the opposite leaves and copious white sap. Update> I think this might be Willughbeia grandiflora. 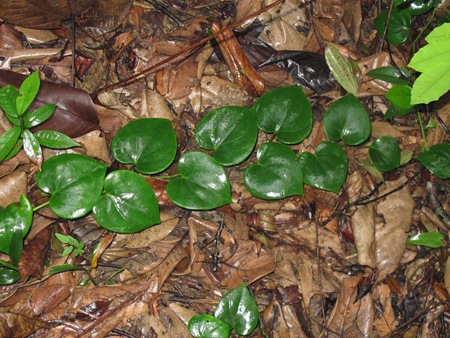 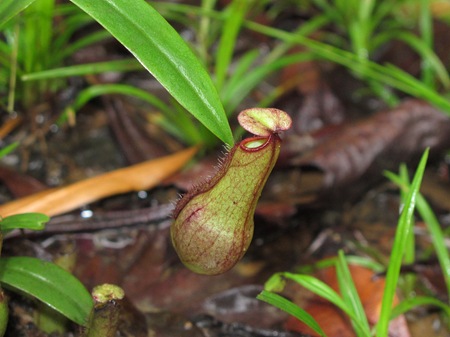 I have not noticed this before, but now I realised that this Nepenthes gracilis is sprawling all over the ground! 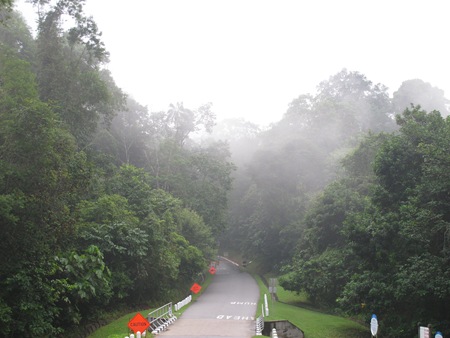 A is a view of the Catchment when we were walking off. Because of the rain, the forest where we were in seems like a montane forest with all the fog~ 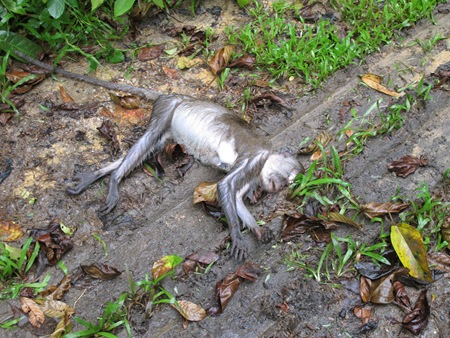 Along Old Upper Thomson road, we saw this Long-tailed macaque dead on the sideway with clear tyre tracks on the mud. Hit and run?

Thanks to WF, CK and AL for the IDs.