Rushing down from work wearing pants, shirt and leather shoes, I reached Marina South Pier for a guiding session at Pulau Semakau with the Raffles Museum. It had been almost 3 months since I last guided and it is about time to wipe off my rustiness. 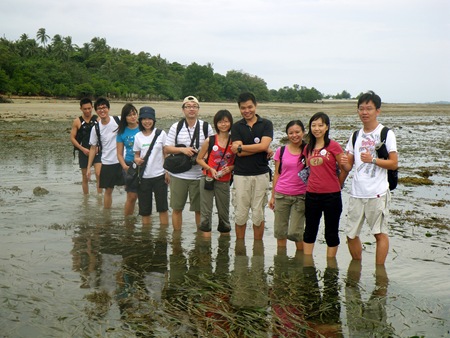 Me and Robert were guiding another volunteer group, the Singapore Zoo Docents. 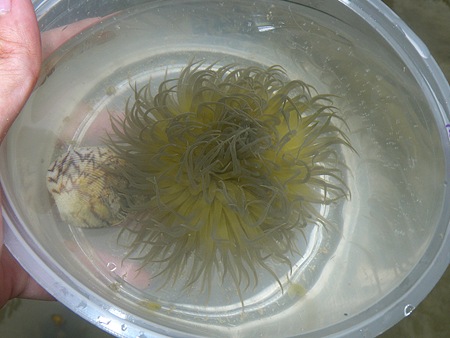 First up was the Swimming Anemone (Boloceroides mcmurrichi). True to its name, it can swim like a jellyfish by pulsating. Check out this link. 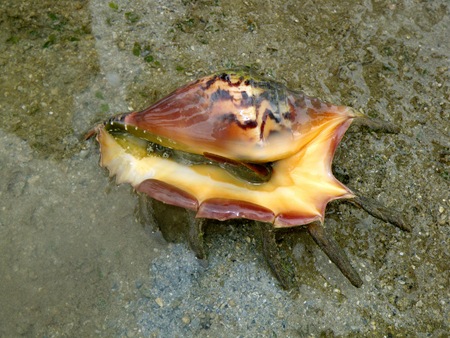 RY found this Spider Conch (Lambis lambis) among the seagrass meadow. Conches are fascinating molluscs in that they have two alien like eye stalks that peep out of their snail to scan the surroundings for safety. 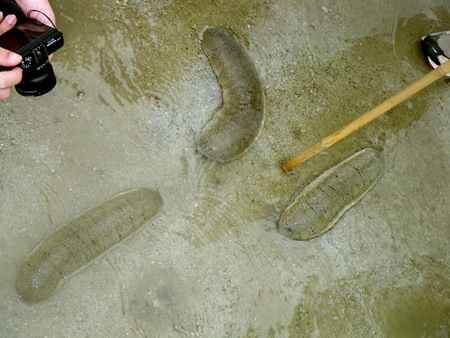 The Sandfish Cucumber (Holothuria scabra) is an edible species of cucumber that is a delicacy for Chinese especially during the New Year period. They feed on detritus and has the habitat of burrowing in the sand, perhaps to escape from predators and also the sun. 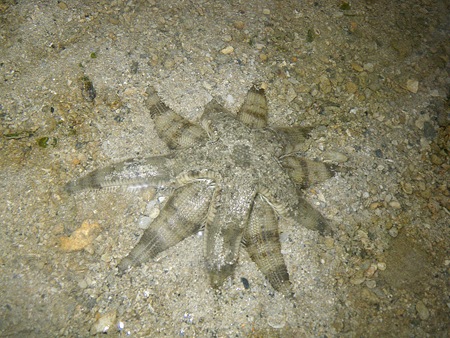 Love was in the air and this was reflected from the tremendous number of pairing Common Seastars (Archaster typicus). However, it is said that the lustful males has such an urge to mate that sometimes they will mount on another male! 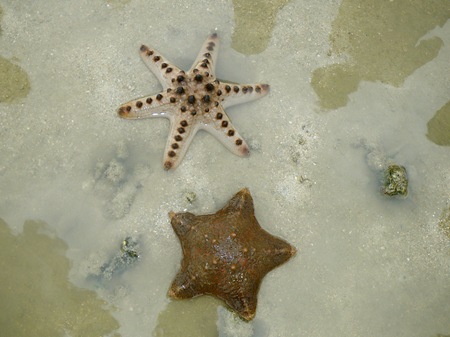 We also found other stars like the Knobbly Seastar (Protoreaster nodosus) on top and a seastar yet to be identified. 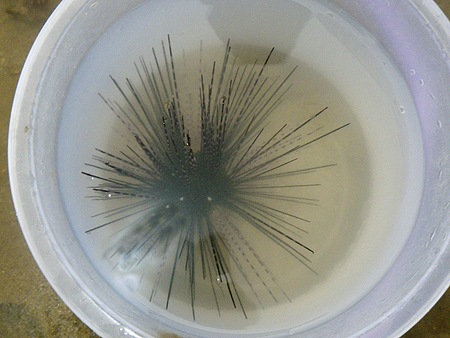 The Long Spined Sea Urchin (Diadema setosum) has very long spines that are slightly venomous. However, the spines are very brittle and thin, thus will easily penetrate through the skin of the unknowing. 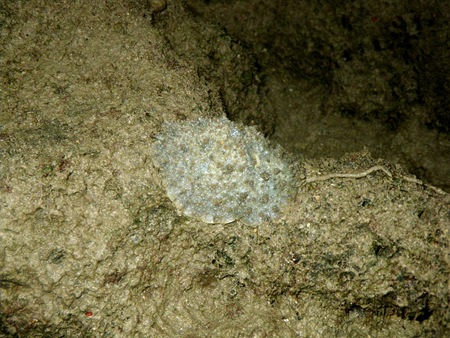 Lastly, the Onch Slug (Onchidiidae) is an extremely well-disguised air breather that has a tough outer skin for protection.

In sum, a nice day out with nice finds and company. Thanks for coming guys!