Another encounter with Banded Leaf Monkeys

A tiring day after a guiding session at Semakau yesterday, I still decide to head down to CCNR to get some pictures that I need for a publication. Luckily I managed to get HF, who was also looking for company to survey the banded leaf monkeys. 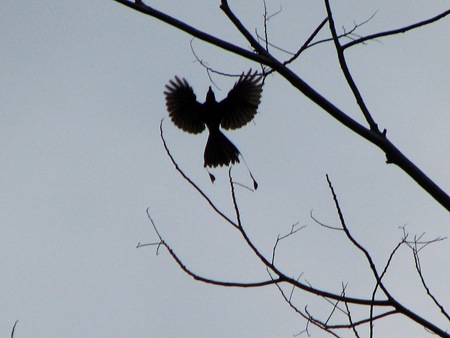 I arrived earlier than I wanted to (wasted half hour of sleep) and as I walked slowly to our meeting point, I caught sight of this bare Albizia (Albizia falcataria) tree. There were a few birds perching on it, including the common flameback woodpecker, some doves and a few Greater Racket-Tailed Drongo (Dicrurus paradiseus) shown above. 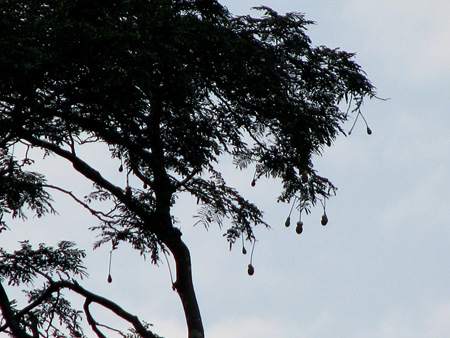 HF soon came after and after trekking for awhile, she pointed out some hanging ‘fruits’. It was only later when I realised that they are the flowers of Petai (Parkia speciosa), where the seed pods were eaten and popularly known as smelly beans. 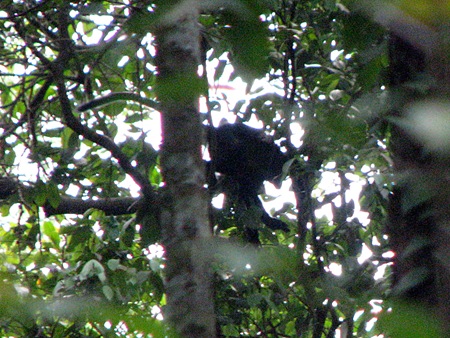 After taking the pictures that I wanted, we were rewarded with another glimpse of the Banded Leaf Monkeys (Presbytis femoralis). This is a critically endangered primate in Singapore and recent surveys by Nparks (in the news) indicated that there are about 30 or so individuals left in the wild. This particular monkey was picking on a leaf, probably to eat before leaping deeper into the forest. 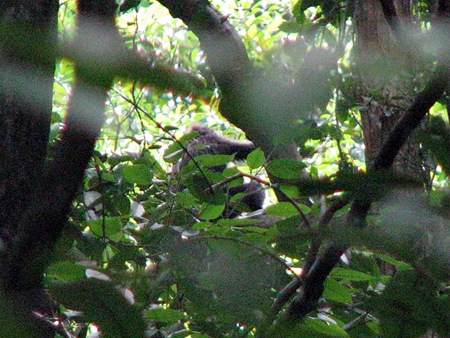 I did not managed to get any nice shots since they were under the canopy and mostly out of sight. I did get a fleeing shot of the back of this adorable monkey though. 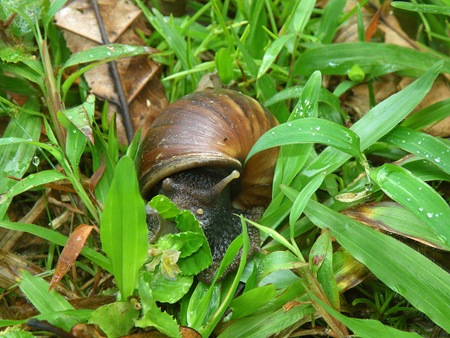 Lastly, I caught sight of this Giant African Snail (Achatina fulica) eating on what looks like a Malayan Brighteye (Torenia polygonoides), a common turf weed. This exotic snail is known to have a voracious diet (practically on anything!) that explains its extremely invasive nature.