Here are some pictures of the devastation bought by the storms in Mandai forest earlier this year in February. Tony gave a good description about this incident in his website. 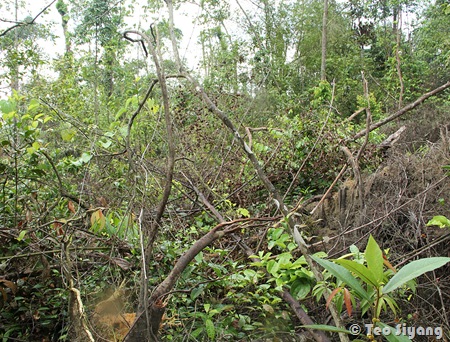 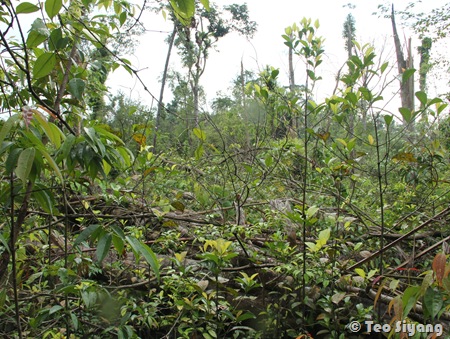 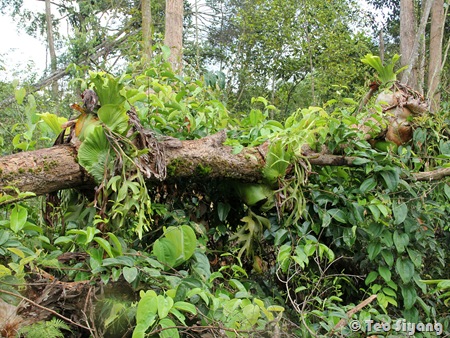 Look at the amount of staghorn ferns on this tree fall! 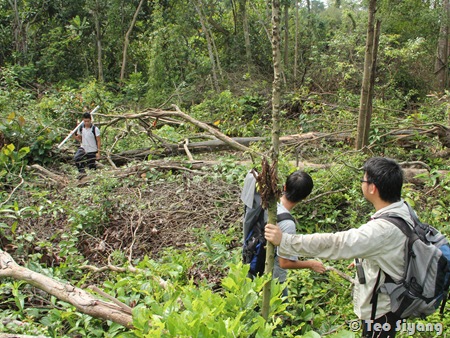 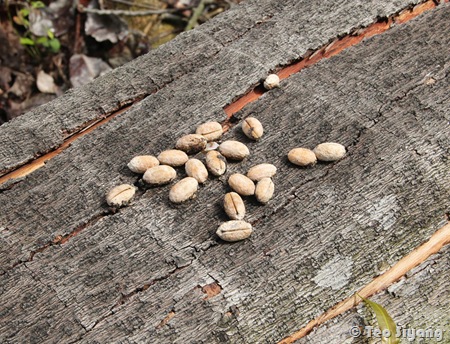 Probably some seeds passed out by a civet cat. 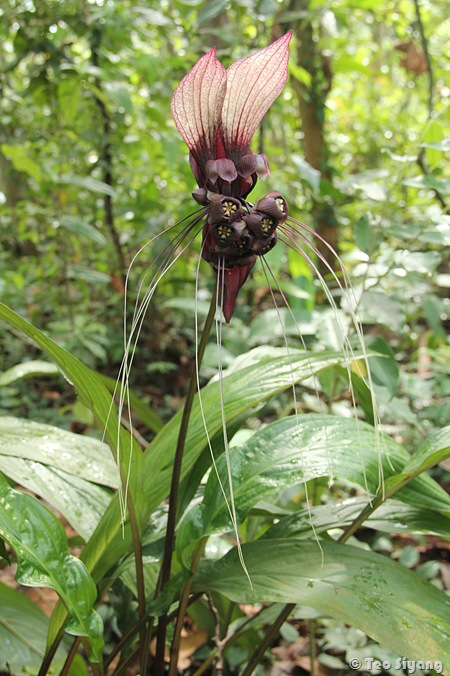 We saw quite a few bat lilies flowering. 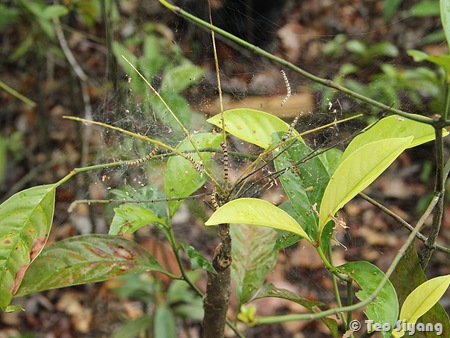 A saw this web like thing with caterpillars on it. Initially we thought that they were trapped in a spider web. 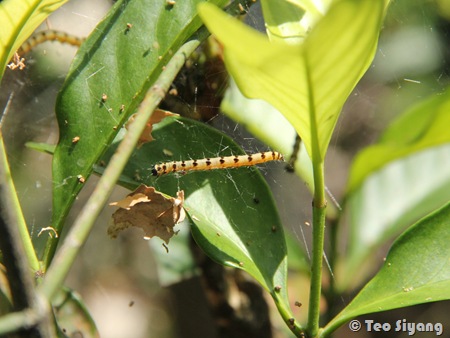 But later we realised that they can actually move freely in the web. Apparently, Horace said that these are moth caterpillars living in a communal web made by themselves.