I was in Ho Chi Minh City, Vietnam for a holiday for the past week. It was an enjoyable trip during which I spent two mornings sitting in the park observing the people around. And the main highlight was definitely the gung-ho tree pruners.

I am not sure how the contractors in Singapore prune the trees in parks, but I am pretty certain that they do not do it like their Vietnamese counterparts! 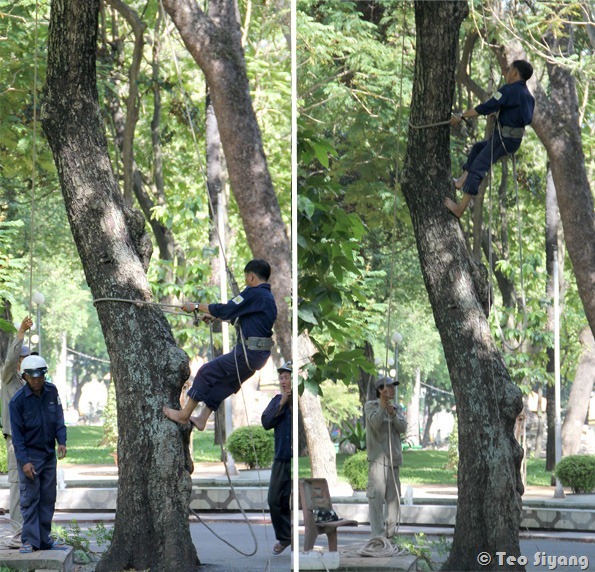 Basically, these people use a rope system to physically hurl themselves up the tree, saw down the unwanted branches and climb down again. Of course, this is easier said then done (though it certainly does seemed like that it was a piece of cake for them). 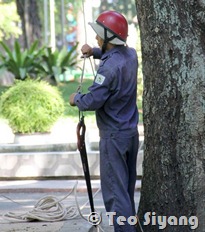 Firstly, a rope was thrown up a branch and the end was secured to the pruner. An assistant will then hold on to this rope to help him climb up the trunk. The selected pruner, barefooted for better grip I guess, wrapped a thicker band of rope around the trunk, secured to his harness and started to ascend quickly.

Once up, a saw was delivered to him using a rope pulley system. Just prior to the pruning, the same rope used to pull him up was used to secure a large branch which needs to be removed. You can roughly see this knot on the branch in the picture below. 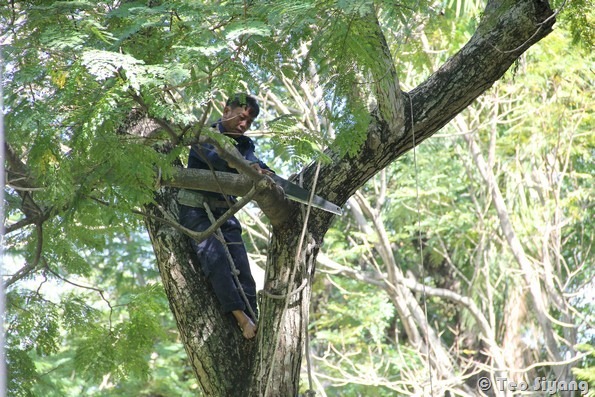 And so, the sawing starts… 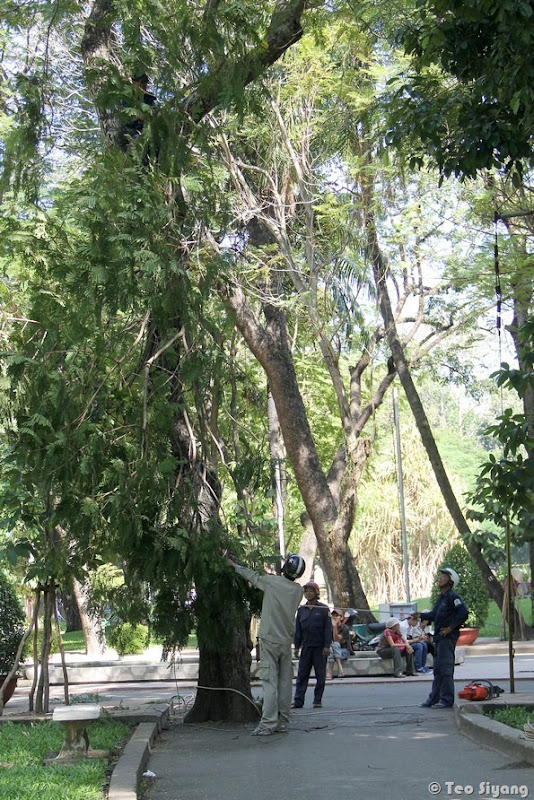 The branch he was sawing was pretty large as you can see here. the secured rope was tugged by the ground men to pull it down once the branch was partly snapped from the sawing. 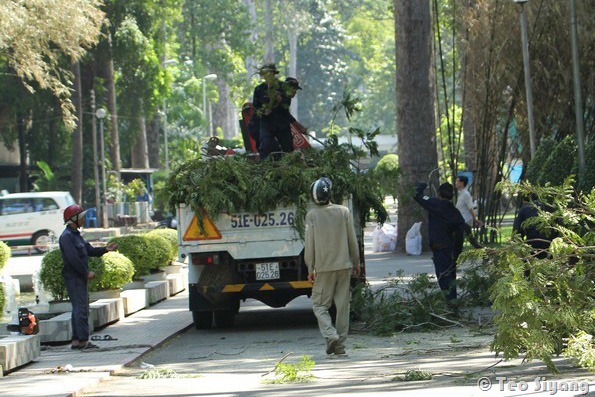 I decided to take a walk around the park at this time, and returned to the same spot about half and hour later. By then, the guy has already removed enough foliage to fill up a trunk. 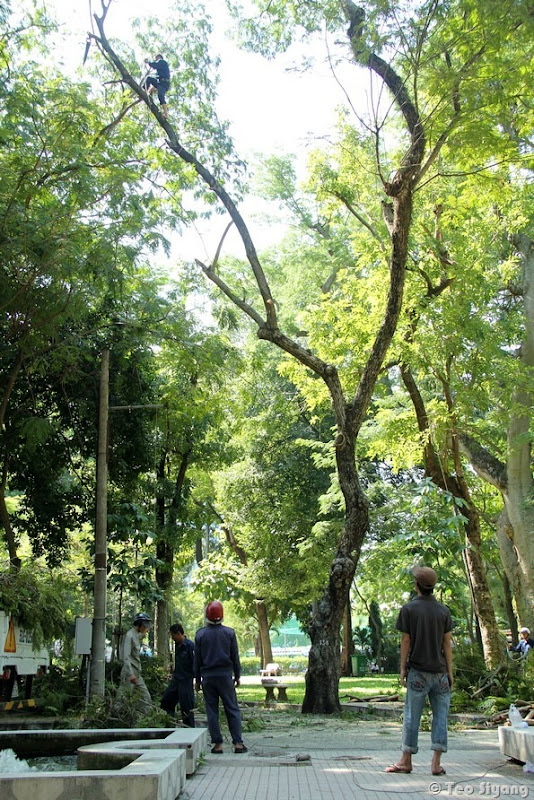 And… he was up about 10 metres high… His only safety net is nothing more than a rope secured on the tree branch. If he fell, he will surely suffer a spine-snapping injury from the force of the rope holding him, just like when Bruce Wayne fell during his failed attempts in the dungeon prison climb to the surface in recent Batman movie.

Worse still, the entire branch could break under his weight. 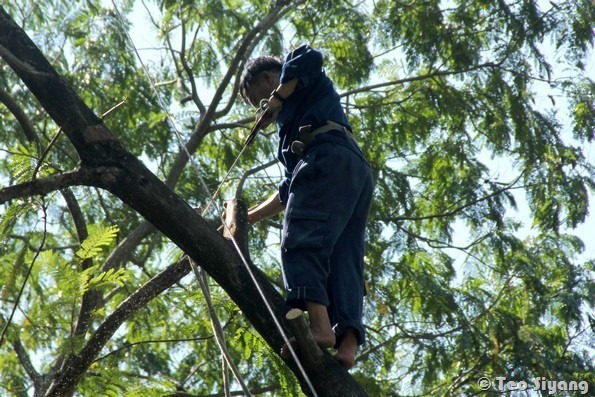 Obviously, he is immune to the fear of heights and still diligently saw the next few branches, taking a few seconds of break once in awhile if the branch is too thick. 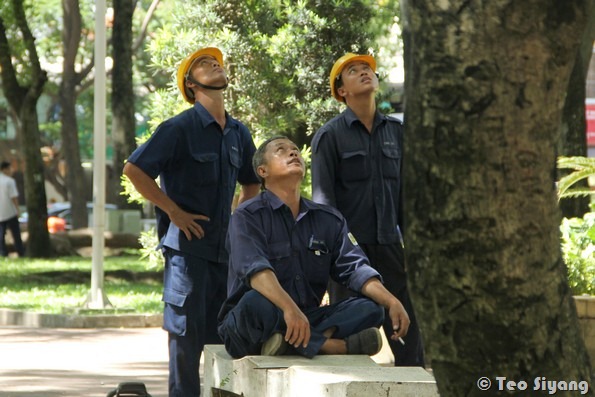 It is probably best to be just be the assistants and lend some morale support.

Keep a lookout for my next post of my encounters of the the flora and fauna of Ho Chi Minh City!